For the first nine months of 2015 were attracted direct investment of about 440 million dollars, among the major investors in such companies and brands as Drylock, Armstrong, Sisecam, Kastamonu, Koluman, Preiss-Daimler, Sunrise Capital, Saria, Trakya, Hayat, Ford Sollers. 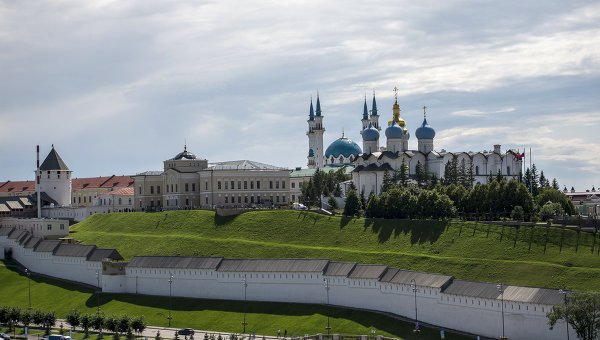 The KAZAN, 26 Nov. Irina Durnitsyna. The volume of direct foreign investments into economy of Tatarstan for nine months of 2015 of approximately $ 440 million, which is 10% higher than 2014, reports the press service of Agency of investment development of the Republic.

“For the first nine months 2015 the volume of foreign direct investments in the Republic of Tatarstan totalled RUB 439.9 million. This is more than in all of 2014, the year in which such investments came 435,7 million dollars”, — the press service quoted the head of Agency of investment development of Tatarstan Waist Minullina.

According to the Agency, in the first nine months of 2014 was attracted direct investment of 401 million dollars.

Among the major investors who invest in the economy of Tatarstan in the current year, such companies and brands as Drylock, Armstrong, Sisecam, Kastamonu, Koluman, Preiss-Daimler, Sunrise Capital, Saria, Trakya, Hayat, Ford Sollers.

Positive dynamics of attracting investments into economy of the Republic of the head of the Agency explained by several factors. “Because of the rate of the national currency, land and other real estate, labor and some production facilities to become more accessible to foreign investors and export opportunities increased. Investment enthusiasm, in my opinion, has to do with a strong team of Tatarstan headed by the President of the Republic”, — said press Ctrl + enter.

The investment development Agency of Tatarstan was established in June 2011. Deals with the issues of attracting investments, support and implementation of investment projects, participation in formation of favorable investment climate, increase investment attractiveness of the Republic, public-private partnership.