As host country, we do everything we can to ensure the safety of diplomats, from whatever country they may be, said the official representative of the foreign Ministry Maria Zakharova, commenting on yesterday’s action near the building of the Turkish Embassy in Moscow. 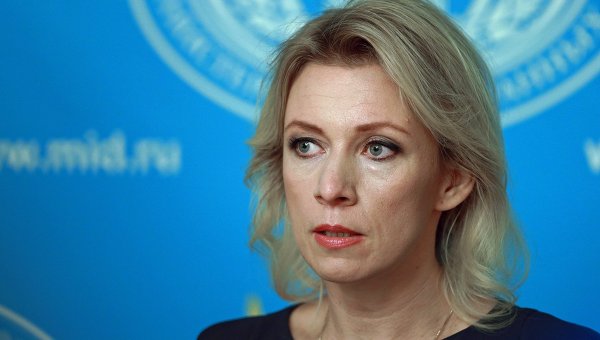 MOSCOW, 26 Nov. Moscow is doing everything necessary to ensure the safety of diplomats, including Turkish, said Thursday at a briefing the official representative of the Russian foreign Ministry Maria Zakharova.

“As for the action near the Embassy, of course, we, as our host, we do everything to ensure the safety of diplomats, from whatever country they may be,” said Zakharova, answering the request of journalists to comment on yesterday’s action near the building of Turkish the guardian in Moscow.

On Tuesday the Russian su-24 aircraft crashed in Syria. The plane was shot down by a rocket type “air-air” with a Turkish F-16s over Syrian territory and landed in Syria in 4 kilometers from the border with Turkey. Pilot Oleg Peshkov died. Navigator Konstantin Muratina saved, he is at the Russian military base in Syria.

The Russian General staff stated that attacked the su-24 the border with Turkey did not cross and this is confirmed by Syrian air defense. Turkey claims that a Russian aircraft entered its airspace.

According to the defense Ministry, the pilot died due to the fact that at the moment of landing was attacked from the ground. The Turkish media wrote that the plane fell on the territory, where Syrian Turkmens.

During the rescue operations killed marine, mercenary Alexander Pozynich. The decree of the President of Peshkov posthumously awarded the title Hero of Russia. Murakhtin and Pozynich (posthumously) awarded the order of Courage.