MOSCOW, November 25. The state should establish full control over the production of food ethyl alcohol to combat counterfeit alcohol. This was stated by Deputy Prime Minister Alexander Khloponin, speaking in the Federation Council. 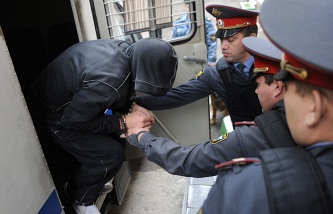 In Krasnoyarsk detained four suspects in the sale of surrogate alcohol

“We believe that primarily the government should establish full control over the production of food ethyl alcohol, and this position is fully supported by the Prime Minister of the Russian Federation Dmitry Medvedev, and, secondly, it is necessary to create a system of state accounting in the production and trafficking of alcohol required for the production of medicines”, – said Khloponin, who heads the government Commission for alcohol market regulation.

According to him, the situation on the Russian market of alcohol products remains difficult due to the growth of the shadow turnover of alcohol, lack of common rules of doing business, especially in regions where a lot of surrogate alcohol.

As an example, Deputy Prime Minister cited a recent case of poisoning surrogate alcohol in Krasnoyarsk region, causing the death of 8 people and 6 people are in hospitals in serious condition.

“In order to address these and other risks, it is necessary to take radical measures at the level of all branches of our government. You have to understand that any bottle of vodka, legal or illegal, it is made from alcohol, so the control should begin immediately with raw materials”, – said Khloponin.