MOSCOW, November 25. The head of the profile Committee of state Duma on civil, criminal, arbitration and procedural legislation Pavel Krasheninnikov considers irrelevant the initiative of just Russia on the introduction of criminal responsibility for denying the Armenian genocide in the Ottoman Empire in response to the incident with the attack of the Russian su-24 bomber of the Turkish air force.

“Yes the incident occurred. But you need to respond to the situation adequately. Today the relevance of not,” he said.

According to him, “you need to legally regulate the legal relations that exist”. “I didn’t hear that we have someone who’d deny the Armenian genocide. We have the President spoke this year in Armenia (on the events dedicated to the 100th anniversary of the Armenian genocide), mass negation not. Here a strange connection to the bomber. Not right now everything is secure on the principle of “the fool” – says the head of the Committee.

State Duma Deputy, a specialist in international law Vasily Likhachev urged not to link the bill with the situation around the downed Turkish air force on November 24 Russian aircraft in the skies over Syria.

“From my point of view, it would be important not to link the bill with the trends we see today and which related to unlawful destruction of the Russian bomber su-24”, – said the MP.

“Most likely, we should talk about that – and I think it’s in the explanatory note provides that this involves ensuring historical justice and the memory of the victims of those tragic events and a number of other circumstances and criteria for humanitarian properties”, he added.

Likhachev believes that it is necessary to study the bill carefully, especially the sections where it comes to punishment and enforcement. “I think this analysis ahead,” he suggested. At the same time, the sentence itself “entitled to consideration”, says the Deputy.

“Will be preceded by the consideration of the discussion – I think it will be… It follows from certain trends in international and especially European political community, when some countries have passed laws on liability for denial of the Armenian genocide,” said Likhachev.

He highlighted that the adoption of these regulations accompanied by the “polarization, strong pressure through diplomatic channels to the foreign ministries of these countries, particularly to France from Turkish Republic”.

The initiative of just Russia

Leaders “Fair Russia” Sergey Mironov and Nikolay Levichev introduced in the state Duma the project of amendments in criminal and Criminal procedure codes of the Russian Federation on the introduction of liability for denial of the Armenian genocide in Western Armenia and Ottoman Turkey in the period 1915 – 1922. It is assumed that the maximum punishment for this is 5 years of imprisonment.

As stated in the text of the bill, which is available for the denial of the Armenian genocide, as well as the approval of crimes committed against the Armenian population committed publicly, should be imposed “a fine in the amount up to 300 thousand rubles or the salary or other income condemned for the period till 2 years, or compulsory works for a period of 3 years, or imprisonment for the same term”.

The same acts committed by a person using his official position or using of the media, according to the idea of just Russia, have to be punished “by a fine from 100 thousand to 500 thousand roubles or in amount of wages or other income of a given convict for a period from one year up to 3 years, or by compulsory works for a term up to 5 years, or imprisonment for the same term, with disqualification to hold certain posts or practice certain activities for up to 3 years.”
In the explanatory Memorandum emphasizes that “the mass extermination of the Armenian population in 1915 – 1922 will forever remain in the collective memory of mankind one of the greatest tragedies of the XX century”. “Deliberate policy of the Ottoman Empire by direct physical destruction and deportation of the civilian population led to the deaths of at least 1 million 500 thousand Armenians… Armenian genocide Denial desecrates the memory of the dead and is a direct continuation of the policy of the Turkish government”, – stated in the accompanying documents.

The authors also point out that in world practice there are many examples where States establish criminal liability for public denial or distortion of certain historical facts, attempts to “rewrite history”. “The actions of those who are trying to erase or distort the meaning of the tragic events of the early XX century, are not only immoral but criminal,” is in the explanatory Memorandum.

Before the First world war the Armenian population of the Ottoman Empire amounted to about 2.5 million people. In 1915, as a result of deportation and systematic murders were killed, according to various estimates from 600 thousand to 1.5 million Armenians. The government of Turkey recognize the fact of mass death of Armenians, however, opposed the use of the term “genocide” and believed overstated the number of victims, insisted on by the Armenian side. According to Ankara, the Armenian genocide was not the result of deliberate government policy, but a result of the civil war in the Ottoman Empire, the victims of which were the Turks. 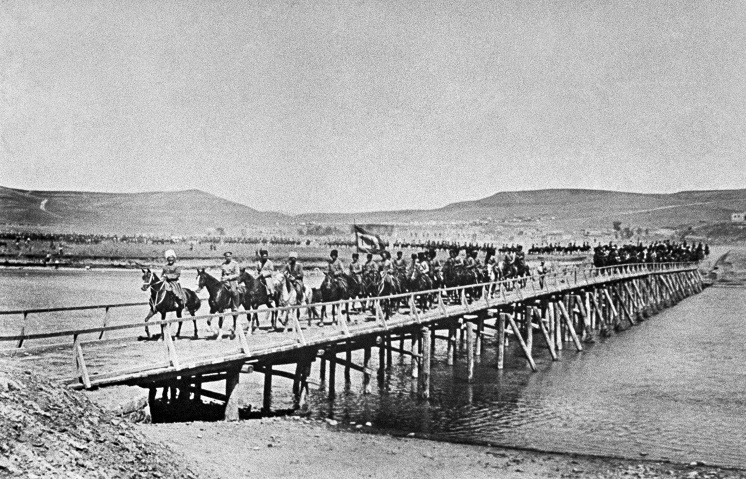