MOSCOW, November 26. Tolmachevo airport has filed a lawsuit against the airline “Transaero” at 2.46 million rubles in the Arbitration court of the Novosibirsk region. It follows from the materials published on the court’s website.

The lawsuit was filed on November 26, his details were not disclosed. 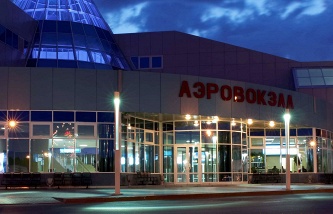 Previously, the claim against Transaero on 1.07 million rubles was filed by airport of Gorno-Altaisk.

Total debt of “Transaero” to the creditors along with the leasing is about 250 billion rubles. Among the major creditors of the airline was called Sberbank, VTB, VEB, Gazprombank, credit Bank of Moscow, Novikombank, Bank “OTKRITIE”, IFC, etc.

In the government of the Russian Federation on 1 October it was decided on bankruptcy of the carrier Transaero. The airline ceased operating on 26 October. Aeroflot, under the operational control of which was “Transaero”, and possibly other airlines will continue to transport passengers “Transaero” till December 15. Aeroflot will also provide a refund for paid tickets with the departure date after December 15.