Every Turkish product purchased is a contribution to the next rocket that will shoot at our military, said the assistant Chairman of the government of the Russian Federation Gennady Onishchenko. 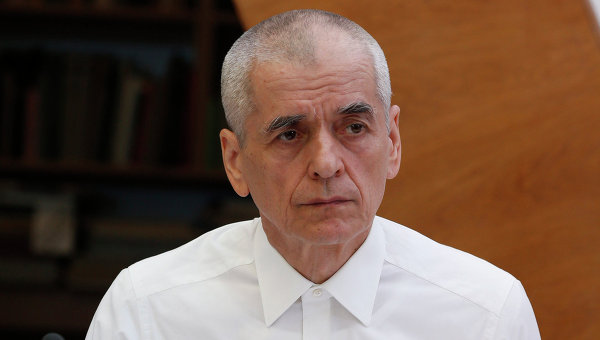 MOSCOW, 25 Nov. Assistant to the Chairman of the government of the Russian Federation, the former head of Rospotrebnadzor Gennady Onishchenko said that buyers of Turkish products in some extent financially supported by the Turkish military.

“Everyone understands that everyone bought in the “Auchan” or in the market of Turkish tomatoes is a contribution to the next rocket that will shoot at our guys,” he said, speaking at the forum “the Vectors of development of the scientific environment in the Union state” in RIA Novosti.

“Compatriots understand that the rocket they paid? 287 million euros leaving only the Russians to Turkey every year,” added the assistant to the head of the government.

On Tuesday in Syria was wrecked Russian bomber su-24. The President of Russia Vladimir Putin announced that the plane was shot down by a rocket type “air-air” with a Turkish F-16s over Syrian territory and fell in Syria four kilometers from the border with Turkey. The Russian President called it a “stab in the back” by the accomplices of terrorists.

Earlier on Wednesday it became known about any health claims of the Rosselkhoznadzor of the Russian Federation to one of Turkish plants producing poultry meat. In addition, the Agency was not allowed in the Kaliningrad region more than 162 tonnes of poultry meat from Turkey, referring to the mismatch of seal numbers indicated in veterinary certificates, the actual seal number on the container with the products.