EKATERINBURG, November 25. Russia’s first presidential center of Boris Yeltsin is a true monument to the era and the man. This opinion was expressed by Russian journalist Vladimir Pozner at the opening of the center.

“This is a strikingly thoughtful, very precise, delicate and honest monument to the era and the man. I think in this sense it is more than a Museum. This is rare,” said Posner. 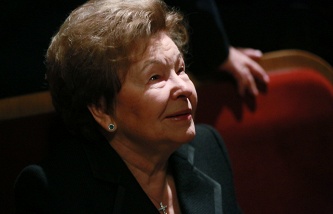 He stressed that “Yeltsin centre” honestly shows the person of Boris Yeltsin. “Because here there is criticism of him, and what he said about the opponents. Then, of course, his farewell speech, absolutely striking honesty. I treat his words with great affection and deep respect. Thus, realizing that he made a serious error and, unfortunately, they are not correctable,” said the journalist.

The main merit of Boris Yeltsin as President of Russia Pozner called the demolition of the Soviet system. “Broke her in so that she cannot turn around. I think that this is absolutely historic”, he added.

“Yeltsin centre” was established on the basis of the law “On centers of historical heritage of presidents of the Russian Federation who have stopped execution of powers”, which was adopted in 2008. The funding from the Federal budget was allocated about 5 billion roubles. The area is 22 thousand square meters, there are educational and children’s centres, gallery, meeting room, Museum, archive and library. The core of the “Yeltsin Centre” is a Museum of the first President of Russia. In the archives of the Museum contains tens of thousands of documents, photographs, more than 130 video interviews, 163 are mounted mediaprograms.