MOSCOW, November 25. Protesters in Dagestan truckers who are against the introduction of tolls for heavy trucks, end this strike. This was reported on Wednesday to journalists by the Deputy of the state Duma from Dagestan, Deputy Chairman of the Committee on constitutional legislation and state construction Rizvan Kurbanov (“United Russia”). 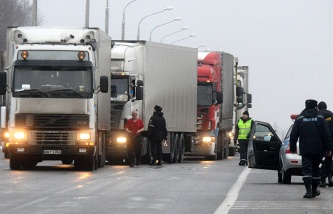 He organized the negotiation process in the lower house of Parliament between protesters and the leadership of the Federal road Agency and the company “RT-invest the Transport system”, implementing the system on charging “Plato”.

The MP stressed that in the current situation it is impossible to talk from a position of ultimatums. According to him, “all 12 days of the protests were focused on finding a compromise that has been made”. Kurbanov said that the activists of the protest movement in Dagestan decided to suspend the strike. About eight in the evening on November 24 reported that in Dagestan the truckers began to disperse from the protest.

In the negotiations on the settlement of the situation in Dagestan was attended by Deputy head of Rosavtodor Dmitry Pronchatov, General Director of “RT-invest the Transport system” Alexander Councillors, representatives of the protesting truckers Shamil Medzhidov and Bashir of Calculatof. During the discussions and telephone conversations with participants of the rally in Makhachkala, they were given a full explanation of the system “Platon”. In addition, Councillors expressed a personal willingness to engage in outreach in the region. 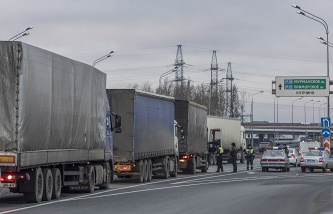 Dagestan truckers were also informed of held with first Deputy Prime Minister Arkady Dvorkovich the meeting at which the decision was made to save fees for heavy trucks at the level of 1.53 rubles per kilometer and considering its size in January-February 2016.

Kurbanov told about the protesters prepared by the deputies of “United Russia” the bill which provides for the reduction of the amount of fines up to 5 thousand rubles, imposed on Russian owners of vehicles over 12 tons and foreign drivers (by analogy with the penalties applicable to Russian carriers abroad). In the case of repeated violation the fine will be 10 thousand rubles.

“The bill will be considered by the state Duma as a matter of priority to accelerate its transfer to the Federation Council”, – assured the truckers Kurbanov.