MOSCOW, November 25. The ban imposed by Ukraine on transit flights by Russian aircraft, maloakteven for Russian airlines. About it reported in a press-service of Rosaviatsiya. 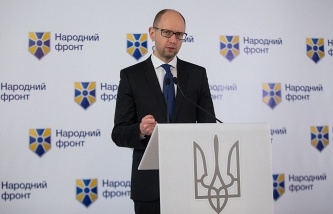 “After the crash near Donetsk the absolute majority of Russian airlines abandoned for security purposes, from performing transit flights through the airspace of Ukraine. Until recently, an insignificant part of the domestic carriers was performed according to the need for transit flights via the territory of neighboring States. The ban imposed by Ukraine, maloakteven for domestic civil aviation and confirms once again the absolutely destructive position of the Kiev authorities in matters of air transport,” – said the press service of the Federal air transport Agency.

On Wednesday Prime Minister of Ukraine Arseniy Yatsenyuk at the Cabinet meeting said that Ukraine has closed its airspace to Russian aircraft, including transit flights. Earlier the ban on transit through the airspace of Ukraine acted only against military cargo and military personnel of the Russian Federation.