The government of the Russian Federation on November 26 requested the Rosselkhoznadzor to strengthen control over the supply of agricultural products from Turkey, and arrange additional checks at the border of Russia and production in Turkey. 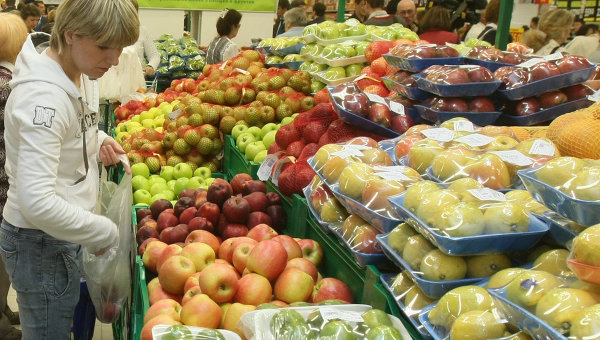 MOSCOW, 26 Nov. Possible restrictions on the import into Russia of goods from Turkey, including products, will not be a serious problem for Russian consumers, companies and the economy in General: difficulties may arise only with a substitution of the supply of fruit and vegetables, and other goods to Russia could to find a replacement in other countries, according to experts interviewed.

On Thursday, the Russian government requested the Rosselkhoznadzor to strengthen control over the supply of agricultural products from Turkey, and arrange additional checks at the border of Russia and production in Turkey. In addition, Prime Minister Dmitry Medvedev said that the government was instructed to develop a set of measures in economic and humanitarian spheres on the response to an act of aggression by Turkey.

Can be suspended economic cooperation program, restrictions in financial and trade areas, investment projects collapsed. Will consider a ban on the activities of the Turkish companies in the Russian Federation. The list of measures may also include restrictions and prohibition of the supply of products, including food products.

The imposition of restrictive measures is being considered after a Russian su-24 bomber was shot down on 24 November, the Turkish F-16 over Syria. The Russian President Vladimir Putin called it a “stab in the back” by the accomplices of terrorists. Putin said that the tragedy with the aircraft will have serious consequences for relations between Moscow and Ankara.

According to the Ministry of the Russian Federation, the share of foodstuffs and agricultural raw materials in trade between Russia and Turkey in July was 8%. Key imported products — vegetables and fruits. In addition, Russia buys Turkish nuts, berries, seeds.

The head of the Ministry of agriculture of the Russian Federation Alexander Tkachev said earlier that if necessary, Russia can replace the import of Turkish vegetables, in particular tomatoes, by supplies from Iran, Morocco, Israel, Azerbaijan or Uzbekistan. Citrus can be imported from South Africa, Morocco, China, Argentina, Israel, Abkhazia, Georgia. On Thursday, the Minister said that Russia within a week are ready to translate the supply of agricultural products from Turkey to other countries.

At the same time, experts expressed caution about the prospects of substitution of Turkish vegetables and fruits. The CEO of the Institute for agricultural market studies (IKAR) Dmitry Rylko pointed out that to substitute the supply of Turkish vegetables is possible through the construction of greenhouses, but “not without problems”. Some complexity may cause the replacement of Turkish tomatoes, the imports in 2015, according to the expert of the Analytical center under the government of the Russian Federation Elena Razumova, exceeded 50%.

“There are more specific products — cherries, used primarily in dairy, juice and confectionery industry. Their replacement is more complicated, primarily because of climatic possibilities for their commercial cultivation. In these segments in 2014, Turkey import volumes was second only to Spain,” added the analyst.

In turn, the Russian network was quick to assure that he would try to provide the Russians with fresh vegetables and fruits for the New year. “If necessary, the network will make every effort for prompt replacement providers to the usual and popular for buyers in this period of the year the assortment has been presented on the shelves,” said Director of external relations Dixy Catherine Kamanina.


What economic measures need to be taken by Russia against Turkey?