MOSCOW, November 26. Russian-Turkish forum, which was planned to be held in December this year is cancelled. This was announced on Thursday, TASS, the head of Rossotrudnichestvo Lyubov Glebova. 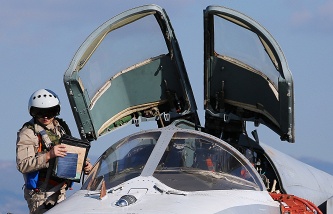 Chizhov: after the incident with su-24 Russia will carefully protect military operations in Syria

Kostin: the incident with the Russian su-24 will have a negative impact on relations between Russia and Turkey

“I am the cochairman of the Russian-Turkish forum, – she reminded. – Public formats, usually preceded meetings of heads of state, and such a forum was scheduled for December”. According to her, the forum will now begin to work after such meeting be held.

“However, this does not mean that we “turn off” or diminish Turkish-Russian relations”, – said the head of the Agency.

According to Glebova, the most important thing is relationships between people that develop historically. “The political situation does not change the base of Russian-Turkish relations, – she said. The more that these relations are traditionally friendly and stable”.

Glebova recalled that in 2014, the event was opened in Ankara of the Russian centre of science and culture (RCSC), which works successfully. “However we have many plans in the framework of the public Russian-Turkish forum, she added. And I hope for his fruitful work in the future.”

Referring to the work RTSKN in Syria, the head of the Agency noted that “we have friendly relations with Damascus”. “Due to the fact that the current situation in Syria cannot guarantee the security of any of our countrymen, nor the Syrians have temporarily suspended the work of the centre. As soon as security conditions will allow it to work, RCSC will resume its activity”, – she informed.