The first East economic forum was held in Vladivostok on September 3-5, 2015. According to its results it was decided to make it an annual event. 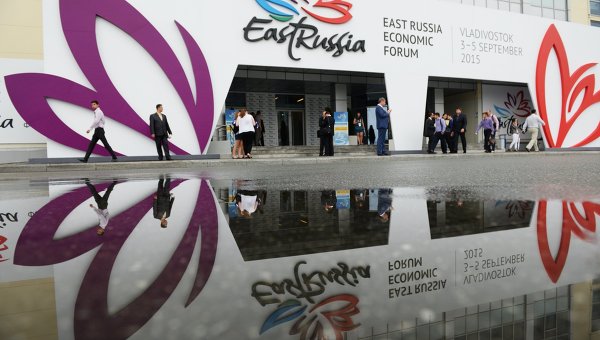 MOSCOW, 26 Nov. Second Eastern economic forum will be held 6-7 September 2016 in Vladivostok, the operator on the preparation and conduct will be the Foundation “St. Petersburg international economic forum”, which will be renamed the Fund “Recongress”, the press service of the SPIEF Foundation.

Eastern economic forum, which gathered representatives of state institutions of Russia and countries of the Asia-Pacific region, major investors, businessmen and industry experts, was held in Vladivostok on September 3-5. Of the Russian Federation for the first time after the introduction of sanctions of the West decided to hold a forum in the far East. The forum decided to make an annual event. Their primary task is to strengthen ties between the international investment community, Russian business, Russian Federal, regional and local authorities

“Twenty-fifth of November took place the meeting of organizing Committee on preparation and holding of the II-nd East economic forum 2016 under the leadership of the Chairman of the organizing Committee, Vice-Premier — presidential envoy in the far Eastern Federal district Yuri Trutnev. At the meeting summed up the past in September 2015, the first forum discussed a number of organizational issues and issues related to the training infrastructure of the Primorsky territory for the event in 2016”, — stated in the message Fund.

“During the meeting decided to define the operator on preparation and holding of the WEF in 2016, the Foundation “St. Petersburg international economic forum”, which has positive experience in organizing and conducting events of international formats, including in Vladivostok, such as the APEC summit and APPF. In the near future the Fund will be renamed the SPIEF Foundation “Recongress”, — stated in the message.