MOSCOW, November 25. Russia could refuse to cooperate in economic and humanitarian fields with Turkey, including the project “Turkish stream” because of the incident with su-24. Such opinion in interview was expressed by the Audio head of the Russian Union of Industrialists and entrepreneurs (RSPP) Alexander Shokhin. 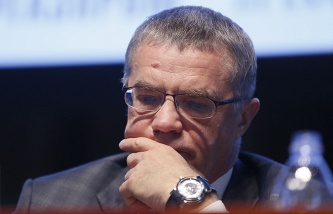 Gazprom: the timing of the launch of the first line of Turkish stream is shifted

“Of course, the response must be and should be in economic, humanitarian, and not military. Well, what countermeasures will be taken without an escalation of tension,” he said.

According to Shokhin, the situation with the downed Russian plane may affect the implementation of the project “Turkish stream”.

“And so it was difficult. At desire of the Russian side, the Turkish side was slowed down, trying to bargain for certain concessions, discounts for gas, routes, and so on. In the current situation it is clear that concessions on the part of Russia excluded. Also likely option of refusal of Russia from this project”, – said the head of RSPP.

Shokhin added that Turkish companies are active in Russia, participate in the construction of facilities for the world football championship 2018.

“In this regard can be a kind of if not sanctions, then limit the activity of Turkish business in Russia, where it is not connected with a violation of the rights of business against the Turks in comparison with the same Europeans, Americans and so on”, – said the head of RSPP.

In his words, “a terrible blow” for Turkey and positive for Russian farmers and processors would be the introduction of a food embargo. “It could be considered as a possible variant of the refusal of economic cooperation, and the option is quite sensitive,” he said.

Shokhin has reminded that Russian companies (Sberbank, LUKOIL, VimpelCom) also has industrial and financial business in Turkey. “So, of course, not talking about the freezing of all relations, but on some channels freeze economic relations”, – said the head of RSPP.

The possibility of a compromise

In the field of humanitarian and political cooperation, according to the interlocutor of the Agency, any refusal to conduct certain activities. “Thank God, the Turkish top twenty over and the baton has passed to China, so we don’t have here to show their positions, refusing to participate in the activities of twenty in the territory of Turkey,” he said.

According to Shokhin, the incident will have repercussions in the tourism sector. Russian tour operators and aviation companies without strict instructions from above relevant work began. He added that the Russian tourism industry, the closure of Egyptian and Turkish destinations will also be a notable blow.

“So different areas can be cooled. But a lot depends on those same Turkish authorities. If they would seriously insist that it was self-defense, and they only a few seconds of that Russian su-24 flew into their territory, consider the attack an assault on their sovereignty, and no apologies at least in the diplomatic form is not followed, this is one option,” said Shokhin.

At the same time, the head of the RSPP does not exclude that if the President of Turkey and the new Turkish government will find a way “to recognize the excessive radicalism of their steps, if possible, and some compromises in our actions”.