To date, the airport “Vnukovo” was the most growing airport in the Russian Federation and the Moscow aviation hub, said the Chairman of the Board of Directors, the private shareholder of the airport Vitaly Vantsev. He added that in October, the passenger traffic of the airport increased by 28%. 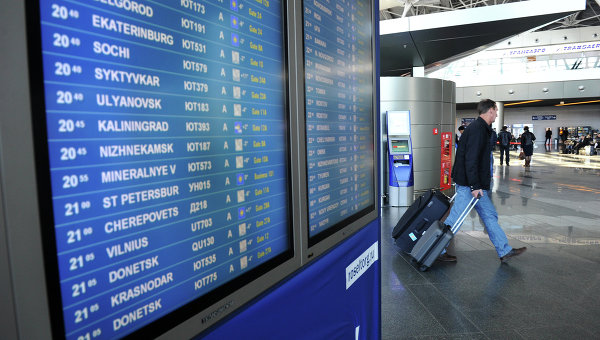 MOSCOW, 26 Nov. In the case of a complete cessation of air traffic with Turkey passenger traffic “Vnukovo” by the end of 2015 nedoberet about 3%, told journalists the Chairman of the Board of Directors of “Vnukovo International airport”, the private shareholder of the airport Vitaly Vantsev.

Relations between Russia and Turkey is in crisis after Wednesday in Syria Turkish military aircraft was shot down by Russian su-24 bomber. The Russian authorities already declared that consider a series of measures against Turkey, in particular the restriction of air traffic, which may involve regular and Charter flights.

“During this month it is hard to estimate how many we will lose. Only 20% (of tickets Turkey — ed.) was delivered yesterday, if (this dynamics — ed.) continues, will be reduced to around 2%, if the flight will stop… it will be more, it will be about 3%. Month but many will not. We are the result of all this — and Egypt and Turkey — will see next year,” he said.

“In 2013, the three largest international markets: Ukraine, Turkey and Egypt. Ukraine was one of our biggest international markets. Only from Moscow to Kiev was 25 year-round daily flights. On average 150 seats on each side, the occupancy rate in these areas was up to 89%, sometimes 95%. We have not had a season with Ukraine… Passenger traffic in Ukraine decreased in the last year when the problems started. The number of frequencies at once declined, about three to four frequencies a day between Moscow and Kiev. This year we suffered the greatest blows are Egypt and Turkey,” added Vantsev.

In his opinion, the part of the tourist flow can go to Greece and Israel, “because there is also the resorts and they are not so expensive”. “In the current situation this country (Israel — ed.) will become all-Russian health resort. And the rest of the thread, likely to remain in the summer season in the Crimea and on the coast of the North Caucasus”, — said Vantsev.

To date, the airport “Vnukovo” was the most growing airport in the Russian Federation and the Moscow aviation hub. In October, the passenger traffic of the airport increased by 28% and amounted to 1.22 million passengers.