Signed between Russia, Kazakhstan, China, Kyrgyzstan, Tajikistan and Uzbekistan the agreement is aimed at simplifying and harmonizing documentation, procedures and requirements of member States of the SCO, and create favorable conditions for international road transport. 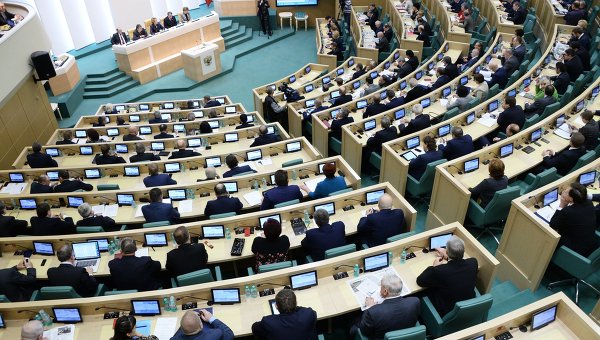 MOSCOW, 25 Nov. The Federation Council on Wednesday ratified the agreement between the governments of the member States of the Shanghai cooperation organization on the creation of favourable conditions for international road transport.

According to the Deputy Chairman of the Committee Valery Vasiliev, the agreement signed in Dushanbe (Tajikistan) on 12 September 2014, concluded between the Russian Federation, Kazakhstan, China, Kyrgyzstan, Tajikistan and Uzbekistan. The document creates favorable conditions for international road transport, it is aimed at simplifying and harmonizing documentation, procedures and requirements of member States of the SCO.

On the basis of article 8 of the agreement carriers of one Party for carriage of goods or passengers through the territory of the other Parties are on terms of reciprocity from payment of fees and charges related to the possession or use of vehicles, as well as to the use or maintenance of highways. Transportation will be carried out strictly according to the routes specified in the Annex to the agreement.

The mentioned exemption does not apply to fees and charges for use of toll roads, bridges and tunnels.

Carriers of member States of the SCO in international transport on the territory of the Russian Federation will be exempt from the payment on account of compensation of harm, caused to the Federal roads by vehicles, having the resolved maximum weight over 12 tons, which entered November 15, 2015.

It is expected that in connection with the implementation of the agreement annual loss of Federal road Fund will amount to no more than five million rubles. The main stream of international flights under the Agreement will go in the direction of Barnaul — Urumqi (China) and St. Petersburg — Orenburg — Sagarchin (on the border with Kazakhstan). These routes should be open no later than 2020. The Agreement provided for all six routes.

The document contains a ban on the implementation by carriers of one Party of the transport of goods or passengers between points located on the territory of the other Party (cabotage road transport).

The implementation of the agreement will contribute to the facilitation of the issuance of visas, border, customs, transport, phytosanitary and veterinary control in the implementation of international road transport. The parties plan to develop and implement joint programmes and investment projects development of transport corridors connecting the territories of the States — members of SCO. “These measures are aimed at creating a common transport system of the member States of the SCO, which corresponds to modern foreign policy strategy of Russia”, — said the Senator.

The agreement will create conditions for further strengthening trade and economic relations between the SCO member countries, realization of transit potential of Russia and development of international transport corridors, Vasilyev said.