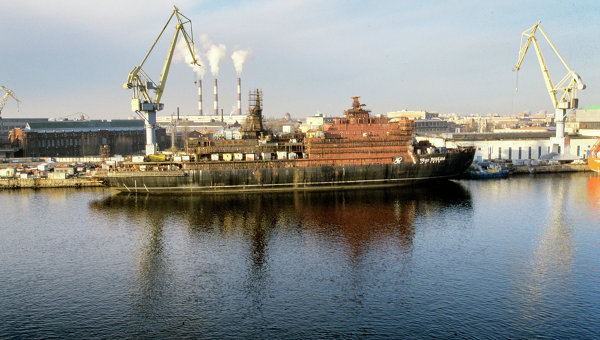 MOSCOW, 26 Nov. The administration of the Leningrad region will develop a new program of development of shipbuilding cluster in the region in the context of the sanctions on the basis of the study “Krylovskiy state scientific center”, the results of which will be presented before the end of 2015, said the representative of the press service of the government of the Leningrad region.

“Krylovskiy state scientific center” is one of the largest research centers in the field of shipbuilding and design — commissioned by the regional government until the end of 2015 will perform the work on the theme “State and prospects of development of shipbuilding cluster in Leningrad region”. Based on the research program will be developed in the cluster development”, — said the press service of the regional government.

He noted that the sector’s dependence on import supplies requires a change of approach to its development. The study will be analyzed and the predicted development of the market of shipbuilding and ship repair in various aspects, identified the need for manufacturing and technology, the estimation of demand for the products and services of the cluster in the medium and long term, was investigated measures of state support of shipbuilding and ship repair in Russia and the international experience in this area.

The regional government has reminded that this year Leningrad region has addressed with the initiative to the state Duma on the VAT reduction to zero percent for subcontracting shipyards, which should dramatically improve the profitability of orders from the General contractor JSC “United shipbuilding company” (USC). With the active participation of the regional administration was also resolved the issue with a significant reduction in interest rate of a loan to OJSC “Vyborg shipyard”.

In addition, in order to ensure stable operation of the organizations of the shipbuilding industry of the regional government, shipbuilders and the trade unions on 16 November signed an agreement regulating social and labour relations in the shipbuilding industry area for 2015-2018. Signatures under the document were put by the Deputy head of the government of Leningrad region — Chairman of the Committee for economic development and investment activity Dmitry Yalov, President of the Interregional sectoral non-profit Association of Industrialists and entrepreneurs “Association of shipbuilders of St. Petersburg and Leningrad region” Alexander Aleshkin and Chairman of the Russian trade Union of shipbuilding, ship repair and marine engineering Sergey Maksimenko. In the agreement, in particular the prescribed arrangements for payment and regulation of labour, social security of workers, measures for protection of labour and human resource development.

“Shipbuilding cluster is one of the priority spheres in the economy of the Leningrad region, which we have always provided support. Today, employers, unions and governments take on responsibilities for improving the effectiveness of shipbuilding enterprises and income growth of workers in this industry,” — said at the signing ceremony Yalov.