MOSCOW, November 26. The government of the Russian Federation on Thursday will consider a draft financial plan and investment program of RZD for 2016 and the planning period of 2017-2018. According to the press service of the Cabinet.

The discussion plans submitted by “Russian Railways” is the first item in the agenda of the meeting consisting of 10 issues. 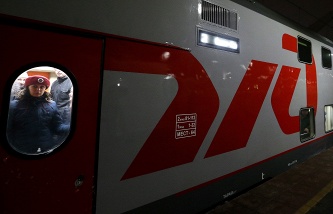 As previously reported, the total amount of funds provided by the project investment budget of the company Russian Railways from 2016 to 2018, is projected to be $ 1.4 trillion. In the explanatory note to the investment programme (a copy is available at the disposal of the Agency) indicates that in 2016 its volume may be 432,2 billion rubles, in 2017 – 524 billion in 2018 454,9 billion.

Earlier, the President of the Russian Railways Oleg Belozerov has informed that the investment program of the company in 2016 will increase by 30 billion roubles, up to 432 billion, due to savings and cost optimization.

41% of the total investment budget in 2016-2018 it is planned to allocate for the implementation of projects related to the implementation of the orders of the President and the government of the Russian Federation. In particular, we are talking about the modernization of the Baikal-Amur and TRANS-Siberian Railways, the draft HSR “Moscow – Kazan”, construction of the line Prokhorovka – Bataysk (bypassing Ukraine), the development of the Moscow transport hub, upgrading of infrastructure on the approaches to the ports of the Azov-black sea basin and a number of other projects for which it is planned to allocate in total more than half of the investment programme in 2016.