MOSCOW, November 25. The share of illegal spirits in Russia, according to the Rosalkogolregulirovanie (RAR), is 22.5%. This was reported by spokesman RAR Alexander Kulikov, commenting on announced on 25 November in the Federation Council data on volumes of illegal alcohol.

“Rosalkogolregulirovanie estimates the share of the illegal market, based on the analysis of the declarations of the alcohol produced and sold data in retail link. According to the results of this analysis on the spirits we get a figure of 22.5 per cent is the difference (in volume – approx.ed.) produced and sold alcohol”, – said Kulikov. According to him, in monetary terms, the volume of the illegal market is estimated to be worth just over 30 billion rubles. 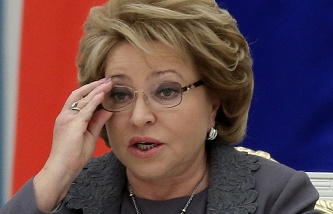 Matvienko: the proportion of legally produced in 2015 of alcohol decreased by 35%

In October 2015 the head Rosalkogolregulirovaniya Igor Chuyan has told reporters that the share of illegal turnover of strong alcohol in Russia is about 22%. Thus, the share of legal products, estimated RAR, accounts for 77-78% of the production.

At the same time, these data are significantly at odds with data released today by the Chairman of the Federation Council Valentina Matvienko. The Federation Council speaker said during the “government hour” with reference to experts, the share of legally produced this year in the Russian Federation of alcoholic products decreased to 35%. The budgetary losses in this regard can reach 200-270 billion, but an objective assessment has to give the government, said Matvienko. In her opinion, partly to a sharp decline in legal production of alcohol was due to an almost doubling of excise duty from 231 to 500 rubles per liter of alcohol.