MOSCOW, November 26. Economic restrictions, which Russia enters into relations of Turkey, consistent with WTO rules, Minister of economic development Alexey Ulyukaev at meeting of the government. 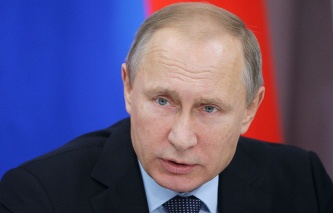 “I want to say that such restrictions are in full compliance with the rules of the world trade organization (WTO). Article 21 of the GATT agreement of 1994 allows to introduce various restrictive measures in trade in goods and services in the field of investment in case of threat to national security. This is the case we are experiencing now,” said the speaker.

The Minister added that the Department has “accurately identify those positions that are most efficient from the point of view of the undiminished Russian companies carrying out economic activities with Turkish companies.” “Such proposals we will prepare”, – said the speaker.

The law on special measures

The head of the MAYOR recalled that, according to the Federal law on special economic measures of December 30, 2006, and on the basis of development of normative acts in the form of a presidential decree and government resolution, Russia may introduce measures aimed at ensuring the country’s security and the protection of legitimate rights and freedoms of its citizens, such as the ban or restriction of financial, foreign economic, trade, investment operations, suspension of the implementation of all or part of the programs in the field of technical or economic assistance and cooperation, termination or suspension of international trade agreements Russia and other international agreements in terms of foreign trade relations.

In addition, according to the speaker, Russia in the framework of these measures will be able to change customs duties or set them on a range of goods from Turkey, to prohibit or restrict the entry into ports of the Russian Federation of Turkish ships to use Russian airspace, will be able to set limits on tourist activity, to refuse to participate in the international scientific and technical programs.

Two days for preparation of proposals

The head of the government of the Russian Federation Dmitry Medvedev stated at the meeting that the government will produce economic restrictive measures against Turkey in response to the attack of the Turkish air force Russian su-24.

“Offer to do all this in a two-day period in order to switch to the corresponding procedures”, – said the head of the Cabinet of Ministers at the government meeting.

Medvedev noted that these instructions are a number of agencies that should participate in the preparation of the corresponding decree of the Russian President and orders of the government. According to him, the documents must be submitted to the government and the presidential administration.