“AvtoVAZ” has developed a car running on gas motor fuel on the platform of LADA Largus and LADA Vesta. At the moment a pilot batch is certified. 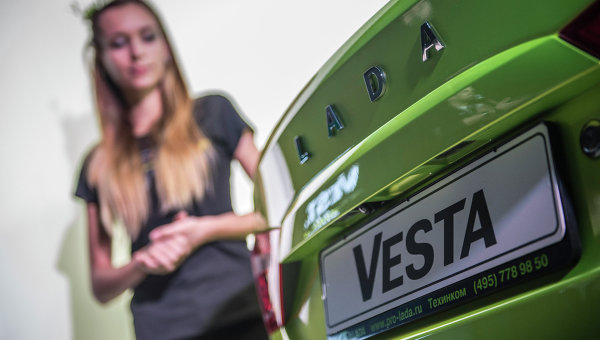 The KAZAN, 26 Nov. Irina Durnitsyna. A pilot batch of 300 cars Lada Largus and Lada Vesta on gas motor fuel will appear on Russian roads in 2016, said the Deputy Director of Department of oil refining and gas of Ministry of energy of the Russian Federation Maxim Lobanov.

“This year the company “AVTOVAZ” has developed a car running on gas motor fuel on the platform of LADA Largus and LADA Vesta. In agreement with Bo Andersson next year will be issued a pilot batch — it is already released, is now undergoing certification in the order of 300 cars,” said Lobanov during a visiting session of the state Duma Committee on problems of the use of motor fuel.

Lobanov said that the Ministry of energy proposes to include in the list acquired in the framework of the development of the NGV market CNG equipment passenger cars.

“Almost is the support of “AVTOVAZ”. We felt that per unit the amount of 30-50 thousand rubles will significantly spur interest in this car. Production capacity — 5 thousand cars a year. With that, starting in 2016″, — he explained. In October, “AVTOVAZ” presented at the fifth international gas forum in St. Petersburg, LADA Vesta CNG, which runs on two types of fuel — gas and petrol.

Composite gas cylinders on the new car is equipped with built-in fuses and high-speed valves, excluding the possibility of balloon explosion and uncontrolled release of gas in case of an accident. Two containers designed for pressures up to 250 atmospheres, are located in the rear of the car, under the boot floor. Fully fueled car can travel 1 thousand kilometers without refueling. It is estimated that when operating with methane the cost of fuel decreases by more than three times.

A project to create natural gas versions of the LADA line is implemented jointly with OOO “Gazprom gas fuel”.