“Ukrtransgaz” operates on Thursday only the transit of Russian gas to the EU, said company spokesman Maxim Belyavsky. Ukraine has not made prepayment for new gas deliveries from Russia. 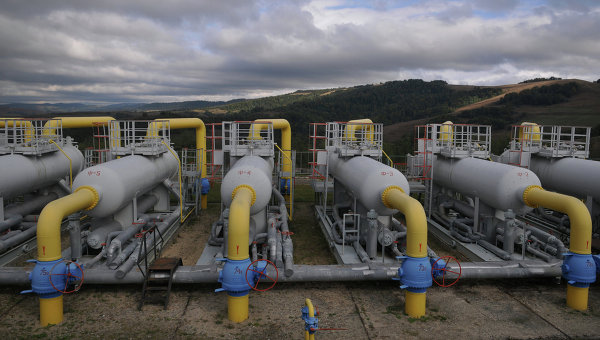 “Paid volumes (Russian gas — ed.) were selected yesterday, today Ukrtransgas carries out only the transit of Russian gas to the EU”, — said Beliavsky.

The head of “Gazprom” Alexey Miller on November 25 said that as of 10 a.m. “Naftogaz of Ukraine” have chosen a prepaid volumes of Russian gas, a new prepayment has been received, and bids for the supply of gas, so gas supplies from Russia are terminated before receipt from the Ukrainian company of new payments.

Prime Minister of Ukraine Arseniy Yatsenyuk said that “Naftogaz of Ukraine” has stopped purchasing Russian gas on behalf of the government. The Ukrainian side explained its decision to refuse purchases of Russian gas best price conditions of imports from Europe. Thus, Ukraine did not exclude that if necessary the country would return to purchasing gas from Russia.

In the period from October 2015 to end March 2016, “Gazprom” and “Naftogaz” interact on the basis of “winter gas package”, initiated by Russia, Ukraine and the EC on 25 September. In this package stipulated compulsory purchase of “Naftogaz” from “Gazprom” gas credit on 500 million dollars attracted using the EC. This commitment, Ukraine has already completed, as of November 5, on accounts of Gazprom was 542 million dollars prepayments for gas from Naftogaz. Based on the price of Russian gas for Ukraine in the IV quarter of 2015 in 227.36 USD per thousand cubic meters, prepayment 542 million dollars corresponds to the volume in 2,383 billion cubic meters of gas.

According to the operative data “Ukrtransgaz”, in the period from 12 October to 24 November 2015, Naftogaz bought from Gazprom 2,365 billion cubic meters of gas. This amount corresponds to the amount of 537,763 million dollars. Ukrainian company publishes their statistics with a delay of two days.