YEKATERINBURG, November 26. UTair caught up with the end of 2014 in a difficult financial situation during the crisis in the industry during the year were not only able to negotiate with major creditor banks on debt restructuring and to avoid bankruptcy.

The Duma of the Khanty-Mansiysk Autonomous Okrug-Ugra and the Tyumen regional Duma today approved the amendments in the share capital of the airline to 11.5 billion roubles and 2.5 billion roubles, respectively. This decision is motivated by the need to ensure uninterrupted service the oil and gas industry, the transport accessibility of the regions, saving of 1.5 thousand jobs. 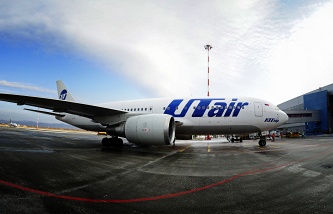 The court: the case of the bankruptcy of UTair airline terminated

Previously, the newspaper “Vedomosti” with reference to head of the investment banking operations of the Raiffeisenbank (restructuring agent) Oleg Gordiyenko reported that UTair has signed agreements on the restructuring of 43 billion rubles of debt from a syndicate of 11 banks.

According to Gordienko, UTair has signed two agreements for syndicated loans from banks – first RUB 18.9 billion for seven years, the second – 24.1 billion rubles for 12 years. Under the first loan, according to the newspaper, the government approved state guarantees for $ 9.5 billion rubles.

The history of the crisis

The deterioration of economic indicators in UTair began in 2013. Then for the first six months the group’s debt burden has grown by almost a quarter, exceeding 93 billion roubles, with two or three debts were short-term (more than 62 billion roubles). 2013, according to IFRS, the group has closed with a record in its history a net loss – it exceeded 4.5 billion rubles against a profit of 178 million roubles in 2012. In mid-December 2014 financial debt and debt on leasing of aircrafts UTair reached 167,87 billion.

The airline in the debt restructuring indicated that the direct debt obligations to banks amount to more than 63.6 billion rubles, of which nearly 51.7 billion roubles in loans.

In 2015 she hoped to reach operating break-even using large-scale optimization program “Momentum”. According to her, it was assumed a reduction of the fleet, which is estimated will save the company more than 69 billion rubles in lease payments through 2025, including 6.5 billion rubles in 2015. At the end of June debt UTair under RAS amounted to 86.3 billion rubles (excluding bonds for 14.5 billion roubles). In the first half of 2015, the airline incurred a loss in the amount of 3.5 billion rubles against a profit of 5.47 million rubles a year earlier.

Programme “Impuls” provides: reduction of administrative and production staff by 30%, increase ticket revenue through active management of fares and booking classes on the basis of predictive models, the increase in revenue due to the introduction of non-refundable rates, the optimisation of costs for a La carte meals, reducing the cost of on-Board service and other measures.

At the end of 2014 contractors started to submit claims to UTair , the volume of requirements at the beginning of 2015 exceeded 10 billion rubles. The Perm investment company “aircraft leasing” and even filed for bankruptcy of UTair, due to the debt in 3.5 million rubles. Thereafter, the creditors one by one began to enter into bankruptcy proceedings of the carrier. The biggest threat to the airline was represented by “alpha – Bank”, filed since the end of 2014 a series of lawsuits to the carrier, totaling more than 3 billion rubles and entered into bankruptcy proceedings UTair demanding more than $65 million In may, the company agreed to restructure the debt, and then “Alfa-Bank” emerged from bankruptcy.

On 23 November the arbitration court of Khanty-Mansi Autonomous Okrug-Yugra fully dismissed the case on bankruptcy of the airline due to the fact that the last of the creditors – “Tatfondbank” has withdrawn the statement for bankruptcy in connection with the extrajudicial settlement of the dispute. Others who wish to bankrupt the airline yet to be found.

In anticipation of government guarantees

The interdepartmental Commission under the Ministry of economic development approved the granting of state guarantees UTair 9.5 billion. Salvation UTair has partially helped the situation around competitor – the airline “Transaero”. Initially, the experts put forward the view that “Transaero” will be saved, but the airline UTair will become bankrupt. 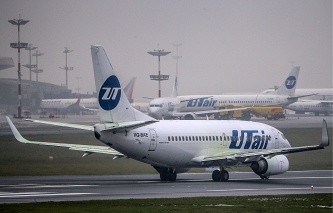 Expectations are not met, UTair managed to rebuild the business model, to adjust the route network, reducing the fleet and some of the staff. Federal official familiar with the situation, reported that the government sees no reason to UTair could repeat the fate of “Transaero”. UTair now , having picked up the routes “Transaero” in the far East, waiting for the government guarantees and makes plans for the future.

The shareholders of the company at the annual General meeting adopted the decision on additional issue of shares in the amount of 3.125 billion roubles in favour of the subsidiary pension Fund “Surgutneftegas” – “AK-invest”. In November, UTair started the placement by open subscription of 3 billion 125 million ordinary shares with a nominal value of 1 rouble each.

The group UTair enters into the five of leaders of the Russian market of air transportation. More than 60% of the shares of UTair belongs NPF “Surgutneftegas”, the other subsidiaries and minorities.