Mobilization of entrepreneurship, innovation and scientific potential of the region – three of the General objectives of the development of the Tyumen region, said the Governor Vladimir Yakushev, in his annual address to the deputies of the regional Duma. 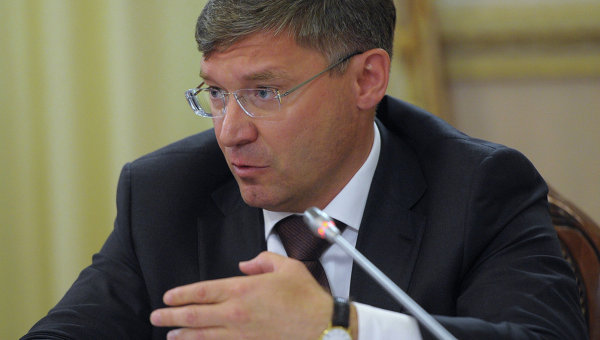 TYUMEN, 26 Nov. Mobilization of entrepreneurship, innovation and scientific potential of the region — three of the General objectives of the development of the Tyumen region, said the Governor Vladimir Yakushev, in his annual address to the deputies of the regional Duma.

“The mobilization of entrepreneurial energy and business activity of the whole Tyumen community — one of the main objectives. This energy is able to locate and put into action new sources of our growth, and that means you need to remove the obstacles that thoughtlessness and laziness still hinder free movement. The following National rating of investment climate of the Tyumen obliged to be in the group of leaders,” — said the head of the region.

In particular, according to Yakushev, the competent authorities should stop issuing unwarranted denials of any coordination — for example, in the provision of land plots for non-stationary objects. In addition, the head of the region offered a stronger tie to the amount of financial remuneration of the head of municipality to the results of work on creation of high-quality business environment.

“The second task is the mobilization of competitive and innovative potential of the Tyumen region. This potential we have and considerable. In the ranking of innovative activity of regions we are number 11 in the country, and the share of organizations, using technological innovation, only 28, because we are imperfect cycle the commercialization of advanced technologies”, — said the head of the field.

In his opinion, to solve this problem, companies must focus on import substitution, and releasing the demanded innovative products, and not trying to sell unnecessary goods from the warehouses.

The third objective of the development of the region Yakushev has identified the mobilization of intellectual and scientific potential. In it he recalled a number of key events in education that have occurred this year — the entry of the Tyumen state University in the national project “5-100”, Association of oil and gas and architectural University in supporting the University, the establishment of the physics and mathematics of the Polytechnic school.

“Now you need to take the next step — you need to increase the intellectual impact of the educational system, to establish channels of constant conversion of knowledge and ideas in practical action. A huge reserve of this kind is in numerous corporate educational and scientific divisions, concentrated in Tyumen,” said the Governor.