EKATERINBURG, November 25. Russia will get stronger, as wanted’s first President Boris Yeltsin, said at the opening of the Presidential center of Boris Yeltsin, the Russian head of state Vladimir Putin.

There are over 30 thousand exhibits and 130 thousand photos. “Yeltsin centre” was established on the basis of the law “On centers of historical heritage of presidents of the Russian Federation who have stopped execution of powers”, which was adopted in 2008. 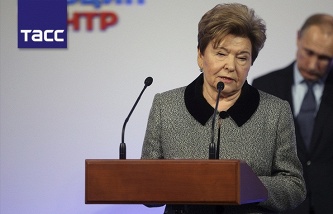 Naina Yeltsin: the man he would choose for Ekaterinburg Presidential center

The funding from the Federal budget was allocated about 5 billion roubles. The area is 22 thousand square meters, there are educational and children’s centres, gallery, meeting room, Museum, archive and library. The core of the “Yeltsin centre” is a Museum of the first President of Russia. In the archives of the Museum contains tens of thousands of documents, photographs, more than 130 video interviews, 163 are mounted mediaprograms.

Among the unique artifacts of the Museum is a facsimile of the letter Boris Yeltsin Mikhail Gorbachev with notes and corrections, in which he criticizes the party bureaucracy. The Museum also houses the tricolor raised over the Kremlin on 25 December 1991, the nuclear suitcase, which Yeltsin gave Vladimir Putin on 31 December 1999.

Among the exhibits – a study of the first President of Russia, which migrated from the Kremlin in the Museum space. In the study preserved the table on which lay a folder marked “Secret” and summaries of Agency reports for December 31, 1999.

Speaking at the opening ceremony, Putin expressed hope that “Yeltsin centre” will be developed as an educational platform and as a platform for social projects. Special attention the head of state urged to pay the youth, who still know little about the recent past of their country, and about the life of its first President. 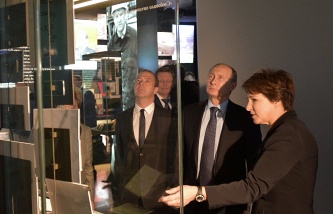 “Remember the words of Boris Yeltsin, who now knows the whole country: “take care of Russia!”, – Putin said, referring to the Yeltsin’s appeal to him at the time of transfer of presidential powers. “They were addressed to us all, for present and future generations,” he said.

He assured the audience that all the problems facing the country will be resolved. “Boris Nikolaevich wanted our country to become a strong, prosperous, happy,” Putin said. To achieve these objectives have already done a lot, overcome a lot of difficulties. “Russia will grow, develop, diligence and hard work, the talent of our people, his loyalty to his Motherland,” he said. 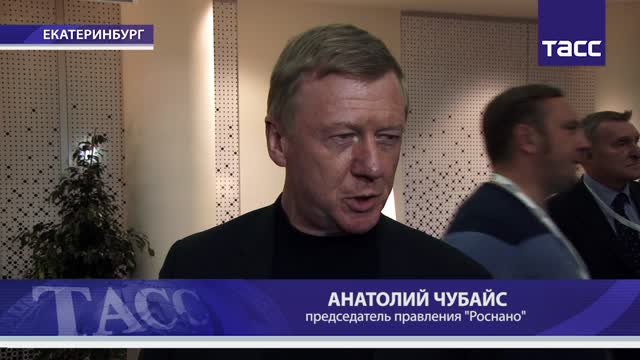 Chubais: despite hundreds of errors, Yeltsin was able to create in Russia a private property

According to Putin, in personality and the fate of Yeltsin “fully reflects the enormous challenges, difficulties, contradictions of the time”. “He had a strong-willed, direct, masculine character, the ability to exercise the utmost determination. And largely due to these qualities, our country did not turn from the chosen democratic path of development”, – said the head of state, Recalling that at that time adopted the Constitution of the Russian Federation, which began a constructive period of development of Russia.

According to the President, the opening of “Yeltsin centre” – not only a tribute to the first President of Russia, but also a reflection of a whole epoch in the history of the country, characterized by important, complex and controversial change. Putin noted that the exhibition centre is a true story about how to build a modern Russia and what difficulties she encountered.

The Museum of political history

Medvedev, also spoke at the opening ceremony of the center, stated that he remembers the first President of Russia as a strong-willed and courageous policy, not afraid to take responsibility.

The Prime Minister also noted that the centre will become not only a way of preserving the memory of Yeltsin, but also the first modern Museum of political history of Russia.

“The 90-ies of different names, but these years left no one indifferent, the Prime Minister said. – We all have our own memories of this period. For me personally these years were the years when our country began to develop a completely different scenario – this year for the free development of our country. With all the difficulties, costs and achievements.”

Boris Yeltsin himself would have chosen Ekaterinburg for the creation of the presidential center, says his widow Naina Yeltsin. “We are very much linked with Yekaterinburg. Here we met, we were married here, were born here, our daughter and first granddaughter. Here he began his labor and political biography, and his leadership qualities, too, was formed here. I think that if he had chosen the city for his presidential center, he would have doubt – only Ekaterinburg” – said Yeltsin.

Particularly she noted the Museum part of the center. “When I walked through the halls and saw the exhibition, I really believe that this is a serious discussion about our recent history, without coating, only the truth. It so happened that Boris the our generation learned the truth about the history of the country only in the late 80-ies. I would like to have our grandchildren read history for a living and truthful textbooks”, – said Yeltsin.

According to her, the Museum has a strong emotional component. “When I go on it sometimes just gives me the creeps. Of course, I have a special perception. So I went in the room – the furniture was at us in Moscow apartment; he opened the door and got in August of ‘ 91, and at the barricades at the White house. For me, these three days were terrible. No one knew what the outcome of these tragic events, what will happen to the country. And yet – deeply personal: what will happen with Boris, with children and grandchildren. To relive it again, of course, was very difficult”, – said Yeltsin.

Despite hundreds of wrong decisions, Yeltsin was able to create in Russia a private property, according to the Chairman of the Board “RUSNANO” Anatoly Chubais. “In Russia 90-ies of the hundreds of serious experts who really understand, what problem, the question of whether to solve it, 95 out of 100 said that is impossible. Now the problem is solved, and that’s the main thing. I think it’s irreversible. I don’t see in Russian political forces, who would be willing to destroy private property, which is the basis of the Russian economy”, – he said.

Chubais also noted that the main merit of the first President of Russia is the construction of the Constitution, democracy and the market economy. “Three tasks, each of which even alone seems impossible for a politician,” he said.

The Chairman of the Federation Council Valentina Matviyenko said that the opening of the center has a huge educational value. According to the Senator, that the Russians will know and remember their history, and “not to be slaves, not remembering relationship”, and “to pay tribute to those people who ruled the state.”

“I think this will allow us to give a more serious analysis of the current history, will allow to leave from practice, when every new Manager starts with a clean slate, like nothing had happened,” she said. 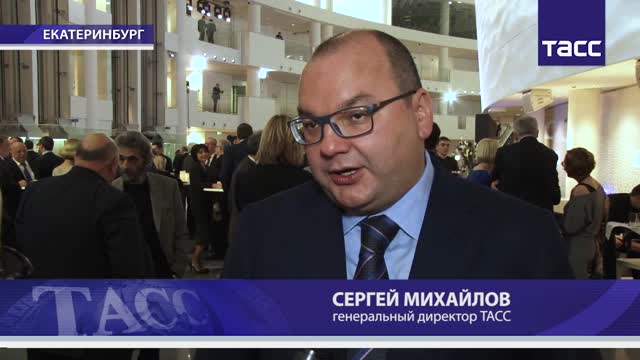 The main merit of Boris Yeltsin as President of the television journalist Vladimir Pozner called the demolition of the Soviet system. “Broke her in so that she cannot turn around. I think that this is absolutely historic”, he added. According to Posner, “Yeltsin centre” is “strikingly thoughtful, very precise, delicate and honest monument to the era and the man.” The Museum honestly shows the person of Boris Yeltsin – “here there is criticism of him, and what he said about him opponents,” said the journalist. “I belong to Yeltsin with great sympathy and profound respect. At the same time realizing that he made a serious error and, unfortunately, they’re incorrigible”, he added.

Yeltsin returned to the country’s inhabitants self-esteem, the General Director of news Agency of Russia Sergei Mikhailov. “For me, the figure of Boris Yeltsin is great, as for everyone here and for those who didn’t win. This is the man who gave us back our self-respect, did everything that we lived at the time and in the country we live in today, laid the Foundation of this, not being afraid of anything. This is a courageous, great man,” said he at the opening of the presidential center.

The tradition of preserving the historical heritage of presidents originated in the U.S. in 1939 after the decision of the 32nd President Franklin Roosevelt to donate to the Federal government all of their personal belongings and official papers for the organization of the historical archive.