ST. PETERSBURG, November 27. Deputies of legislative Assembly of Leningrad region will not raise wages in 2016. About this informed the Chairman of regional Parliament Sergey Bebenin.

“We cancelled the factor by which the indexed salary for civil servants, so next year salary rises in the legislative Assembly will not be,” he said. 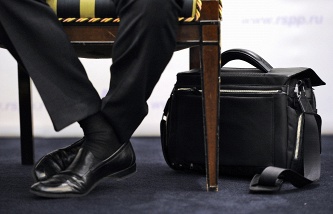 The salaries of officials in Primorye 2016 index will not be

According to him, the Fund of salaries in the budget estimates of the Parliament remained at the level of the current year, but “with some margin” includes funds for logistical support. “We have a contract system, in fact, competitive procedures we have in savings that are returned to the budget for the year”, – said the speaker of the legislative Assembly.

In the Parliament of the Leningrad region continues to reduce costs: put a limit on the use of transport and telephone communications, nearly 30% reduced travel costs, will decline the Commission.

“I have prepared a bill, from the structure of the legislative Assembly to withdraw political positions of the leaders of the factions. Right to form parliamentary Association remains, but to pay them should the party, not the budget of the Leningrad region, as it is now,” said the head of regional Parliament.

According to him, the provision of the Parliament in 2015, including 50 deputies, 108 staff and 197 of assistants of deputies, laid expenses in 487,8 million rubles, and the end of the year they will be reduced by $ 11 million For 2016, this amount will be 509,9 million rubles to ensure the equipment of new parliamentarians.

In the wage Fund in 2016 envisages the possibility of increasing the number of deputies working on a permanent basis – now they are 41, but their number may increase to 45. “Not the fact that all the money will be spent, savings would return to the budget”, – said the speaker of the legislative Assembly.

According to the declarations of income, by the end of 2014, the richest Deputy of legislative Assembly of Leningrad region Vladimir Rybalchenko (faction “United Russia”), whose revenues decreased from 337,7 million by the end of 2013 to 316 million rubles in 2014. In the second place the Deputy of “United Russia” party Vladimir Petrov, who earned 238,7 million rubles (in 2013 – 174,4 million roubles). In third place – the Deputy Lyudmila Tiptina. Its revenue increased to 42.3 million rubles, the property includes two land plots, a house, a truck and a share in the apartment in Finland. The member with the lowest incomes turned out to be a Communist Andrei Popov with 1.2 million rubles, came to Parliament in late 2014 for the vacant seat after the departure of his colleagues in the state Duma. The income of speaker of the legislative Assembly of the Leningrad region Sergey Byabenin has decreased from 4.5 million to 3.3 million.