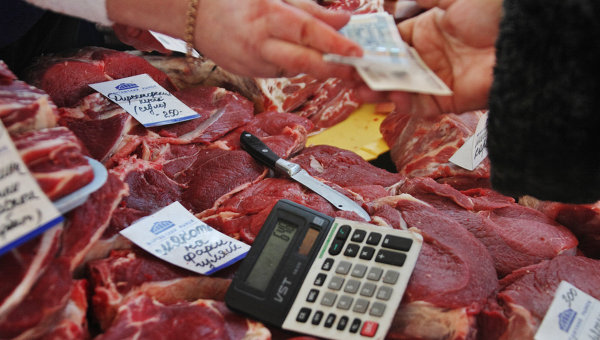 MONTEVIDEO, Nov 27. High quality Uruguayan beef will get access to the Russian market without quota, it follows from the agreements reached at the meeting of the Russian-Uruguayan Commission for the promotion of development trade and economic ties, said Minister of livestock and agriculture of Uruguay tabaré Aguerre.

These agreements “allow to import without customs duties and without quota” of high-quality Uruguayan beef, the Minister said, adding that the relevant documents were prepared for 2.5 years. “This is very good news,” he said.

“We reached agreements in the field of agriculture, which is very important for the cooperation between the two ministries in regard to the supply of high-quality Uruguayan beef to the Russian market”, — said in turn Deputy Minister of foreign Affairs of Uruguay, josé Luis Cancela.

Chairman of the Russian part of the Commission and the head of the Federal service for veterinary and phytosanitary surveillance Sergey Dankvert said that the Russian business is considering Uruguay as “a springboard for investment, which then will work on Russia.” This, he said, applies to breeding cattle, beef and dairy.

In the work of the Commission, which met in Montevideo on Wednesday and Thursday, bilateral documents were signed in the field of customs. In addition, the parties discussed possible investment in the Uruguayan economy, as well as issues of cooperation in scientific-technical sphere.