SIMFEROPOL, November 27. /Corr. Elena Bogdanovich/. The head of the Crimea Sergey Aksenov expects concrete developments from the Krasnodar region will start on December 5-6. He reported about it on Friday to journalists after the meeting of the interdepartmental headquarters for liquidation of emergency situations (ES).

“The situation will change after 5-6 number as soon as you earn an energy bridge, but the date is not bindable, because the time they to 22, but I hope that will be all before,” he said, answering a question about connecting boilers. 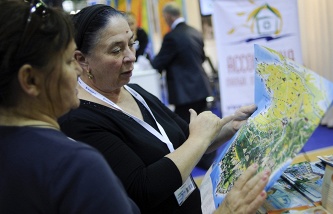 Ministry of energy: the situation with fuel supply remains stable

According to Aksenova, the authorities now consider several options for connecting the boiler: they may be connected to a diesel-generator units or “common scheme”. The second option implies that the generation can be increased, including due to the introduction of the power bridge.
“Perhaps it is easier for us these five to leave things as they are, and then include these plants in the General scheme,” said the head of the Crimea, assuring that heat to go.

According to the Crimean meteorologist, in the next five days in the daytime on the Peninsula the temperature will not rise above plus 10 degrees, and at night the thermometer will drop to zero. It is expected the wind to 20 m/s and rain.

On the night of November 22 as a result of blasting two transmission poles leading from Ukraine to Crimea, the Peninsula was completely de-energized. Now the power system of the Crimea works in stand-alone mode, to save power on the Peninsula are used blackouts. Upon detonation transmission line investigators of the FSB initiated a criminal case under article about the attack.