The Agency has denied the information that the funds on the security of polling stations at the elections to the state Duma 2016 budgeted, and stated that to protect areas need law enforcement at no cost. 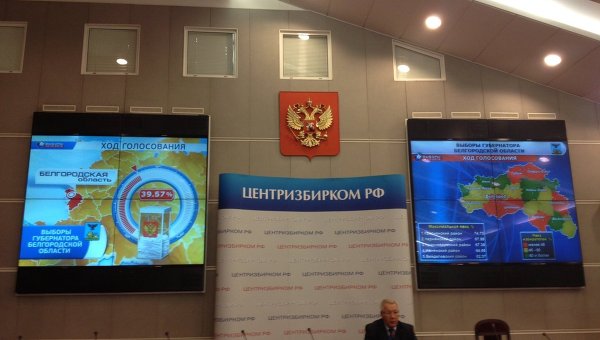 MOSCOW, Nov 27. Money on the security of polling stations lay not in the budget of the Central election Commission of the Russian Federation, to protect the room where the voting occurs should the law enforcement agencies on a Pro Bono basis, provided by the law, reports the press service of the CEC on Friday.

The Agency has denied recent media information about what the funds on the security of polling stations at the elections to the state Duma 2016 budget of the CEC.

“To guard the premises where voting takes place should the law enforcement agencies, and on a Pro Bono basis. It follows from the law on basic guarantees of electoral rights and the right to participate in referendum of citizens of the Russian Federation”, — stated in the message.

The head of the CEC of Russia Vladimir Churov, speaking with a report at the plenary meeting of the public scientific and methodological Advisory Council under the CEC of Russia, expressed concern that polling stations during elections next year will not be properly checked from the point of view of safety because of the regime of austerity and downsizing of the Ministry of interior. According to him, there is a paradoxical situation: “the risks, including terrorist acts, and polling stations is a tasty place, increase, and the number of people that are designed for professional protection, is reduced.” However, he stressed that “as long as it only concerns the Central election Commission will do everything so that these fears do not become reality.”