A prerequisite for lifting the sanctions of the European Union with Russia is the implementation of the Minsk agreements, said the foreign Minister of France Laurent Fabius. 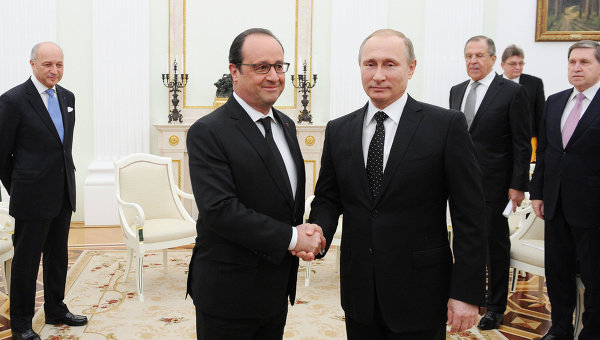 PARIS, 27 Nov. Victoria Ivanova. French President Francois Hollande discussed with his Russian counterpart Vladimir Putin on the issue of lifting the EU sanctions with Russia, this still requires the implementation of the Minsk agreements, said the foreign Minister of France Laurent Fabius.

“The sanctions will be lifted, when the Minsk agreement will be implemented. Now our goal is to conduct elections (in Ukraine — ed.) in March,” said Fabius on the radio station RTL.

On the eve of French President Francois Hollande visited Moscow where he held talks with his Russian counterpart Vladimir Putin. The main theme of the three-hour meeting was the counter-terrorism and the fight against the terrorist group “Islamic state”.