MOSCOW, November 27. Turkey risks being in a difficult situation, the leadership of this country crossed the line of permissible. This was stated by Minister of foreign Affairs of Russia Sergey Lavrov, opening negotiations with the head of the Syrian foreign Minister Walid Muallem. 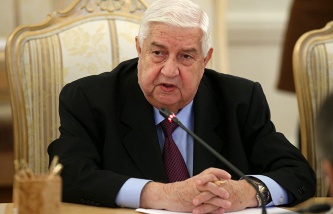 Lavrov expressed his sincere gratitude to Damascus for the salvation of the Russian pilot.

“I don’t think there is reason now to speak in detail about our views of Turkish provocations against our plane, – the Minister noted. – Our assessments were presented the most detailed way, first of all, Russian President Vladimir Putin.”

The political process in Syria

Russia in the framework of the Vienna process will insist on the inclusive character of the political process in Syria, said Lavrov. 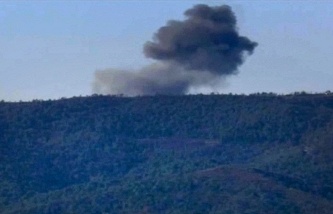 Lavrov: Russia is ready to agree steps to block the Turkish-Syrian border

Lavrov: Moscow insists on the inclusion of the killers of the Russian pilot in the list of terrorists

“In the framework of international support for Syria let us seek a fair start, an inclusive political process in which Syrians themselves will determine their destiny”, – said the Minister.

“Attach particular importance on interaction in the current overly sensitive stage of a decisive fight against terrorists and promoting a political settlement of the Syrian crisis taking into account the interests of the Syrians,” Lavrov said.

The Minister said that Russia “appreciates the commitment of the Syrian leadership in addressing these challenges”.

“We will continue to provide Syria with all necessary assistance in the fight against terrorists,” – said the Minister of foreign Affairs of the Russian Federation.