SOCHI, November 27. /Corr. Tatiana Polinyuk/. Direct Charter flights from Russia’s regions to national resorts may appear on the internal tourist market of Russia. A number of tour operators on the conditions of partial subsidization of flights ready to handle such traffic, told reporters the Russian presidential aide Igor Levitin at the meeting on implementation of President’s instructions given at the August state Council for tourism. 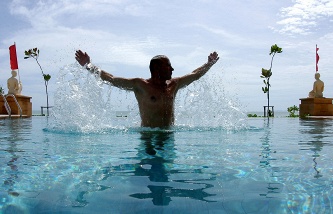 ATOR: the tour operators instead of Turkey offered to the Russians Goa, the UAE and Thailand

At a meeting of representatives of Russian resorts with major tour operators and agencies separately raised the issue of subsidization of tariffs for flights not only in Crimea but also in Sochi. “Not enough (to promote tourism) fleet and subsidizing transportation. The operators offered to subsidize them, not the airline. This issue, the Ministry of transport will review and understand how effective it is. Then the government will take a decision”, – said Levitin.

According to him, the company “Intourist” has already expressed readiness to rent for Charter flights within Russia “Superduty”. “I think it’s an interesting proposal,” said assistant to the President.

As told the General Director of the National tourist company “Intourist” Victor Topolkaraev, the first experience of arranging Charter flights to Crimea was implemented last summer. “We summer in the Crimea flew about 15 flights of the five regions, and it was on the full financial responsibility of our company. Next summer we plan to do the same in Sochi,” he said.

“Today the issue from 12 regional airports, in order to put Charter flights”, – said the participants of the tourist forum in Sochi Topolkaraev. The tour operator plans to launch at least 5 aircraft per day, with the rotation of the boards in the Crimea and Sochi.

As previously reported, since the beginning of year Russians made about 41.5 million tourist trips on domestic routes. After the events in Egypt and Turkey, the Federal tourism Agency has said it is ready to promote alternative places of rest in Russia. As the main contenders for replacement are considered foreign resorts of Krasnodar region.