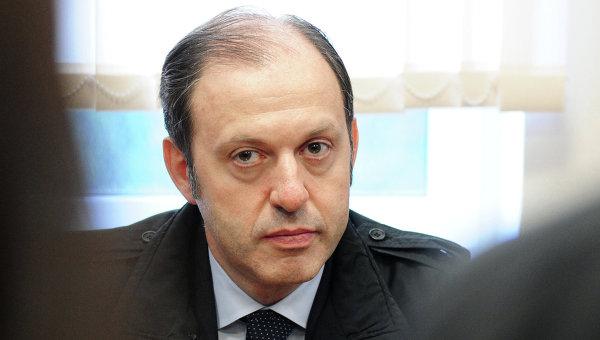 MOSCOW, Nov 27. Russian politician Oleg Mitvol on Friday filed administrative claims in Simonovsky district court of Moscow, hoping to appeal the removal from the leadership of the party “green Alliance”.

Oleg Mitvol is a Russian politician, former prefect of the Northern administrative district of Moscow. Former Deputy head of Rosprirodnadzor — the Federal service for supervision in the sphere of nature. Public figure in the sphere of ecology and protection of environment. The post of Chairman of the Central Council of the ecological political party “Alliance of greens and Social Democrats” held from 24 April 2014.

“Today we passed the morning in court, prepared yesterday, this morning we mail notify accordingly the party by mail sent there, then pay duty,….today one of my lawyers was taken to the Simonovsky court and handed over to the office,” — said Mitvol.

He believes that he has every reason to win the lawsuit. “Two complaints, administrative appeals, which speak of the non-recognition of the virtually Central tips due to the fact that they were carried out with violations of laws, and, as a result, respectively, in one claim — not Congress, and by other action, accordingly, I remain Chairman of the Central Council to the new Congress”, — said the politician.

Congress of “Green Alliance” is scheduled for 12 December in Moscow, it is expected that on this day the party will choose new leadership in connection with the resignation of co-Chairman of the party, businessman, former Senator and owner of “My Bank” Gleb Fetisov. The party “Alliance of greens and Social Democrats” established at the founding Congress in 2012 and initially had the name “Green Alliance — people’s party”. In January 2014, it was reorganized, merged with “Social Democrats of Russia”, “Freedom and justice”, “Party of free citizens” and “Bell” and got its present name. Currently, the party has 65 regional offices and over 5 thousand registered members.