GORKI, November 27. Prime Minister Dmitry Medvedev said he decided to release the disabled groups 1 and 2 and families with children with disabilities from the deductions for the repair in the same extent that they are exempt from the relevant charges for the utilities sector. 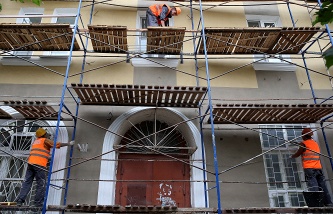 “I made a decision: persons with disabilities 1 and 2 groups, and families and children with disabilities will be exempt from the payment of contributions for capital repair to the same extent that they are exempt from the relevant charges for public utilities, that is, by 50 percent,” said Medvedev at the meeting devoted to measures of social support of separate categories of citizens under contributions for capital repairs of apartment buildings.

“In addition, the government intends to encourage the regions to determine the benefits to living alone over the age of 70 years, namely, to compensate them for the cost of contributions for capital repair in the amount of 50 percent, for those who celebrate 80 or more years, must be provided for 100 percent compensation”, – said Medvedev.

He noted that these recommendations regions will be underpinned by support to regional budgets from the Federal authorities. Medvedev instructed the Ministry of construction and Ministry of Finance to soon submit agreed proposals to change legislation in this vein, and to determine the sources of financing of the studies, which were conducted in the government in the last two weeks.

The head of the Cabinet stressed that these measures do not remove all the problems associated with the introduction of a payment for major repairs, but a few change the situation. “We must, above all, to support those who have new payments for capital repairs account for a significant share in the family budget, and who is deprived of the opportunity through their labor to offset this amount,” he said.

The theme of payment for the overhaul was the subject of speculation of some political forces, should not be allowed to use these sensitive topics, said Medvedev. 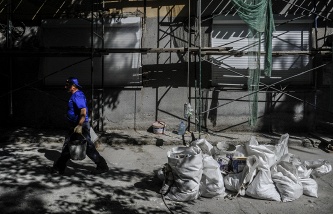 VTSIOM: every second owner of the apartments considers burdensome cost for the repair

“I would like to note that the payment for the overhaul was the subject of speculation of various political forces. In an election year populist statements in this area. But we must not allow our opponents to take advantage of the issues that are sensitive for most people,” Medvedev said.

The Prime Minister noted that “making promises is easy, especially if you would not respond, but only from the rostrum to speak.” “But these promises need to perform, and with a reduced budget. Therefore, if the party United Russia consults with the government and makes suggestions that this is done responsibly, and after the adoption of General decisions, they must be enforced,” he said. The Prime Minister added that it should be understood that the “financial capabilities of the state are not unlimited”. Medvedev expressed the view that presented proposals to the government of the party “United Russia” on this issue, “this is an example of a measured relationship to people’s needs and their protection, on the other hand is an example of a measured relationship to the real possibilities of the budget.”