NOVO-Ogaryovo, November 27. The President of Russia Vladimir Putin called the heroes of the Russian Marines that rescued downed in Syria, pilot su-24. 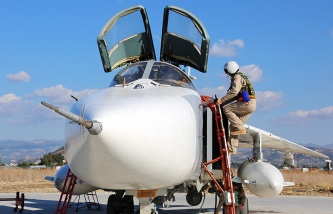 “They are true heroes,” the President said at a meeting with activists of the Russian popular front (onf).

In response to the meeting the gratitude in his address for the operation in Syria, Putin said: “Thank you, first of all, the people who conducted this operation”.

Speaking about the incident with the attack su-24 and the operation to rescue its crew, the President recalled that conducted this operation the Marines risked their lives and one of them died saving his comrade in arms.