NOVO-Ogaryovo, November 27. The efficiency of use of budgetary funds of JSC “Special economic zones” (SEZ) will be checked, promised on Friday the President of Russia Vladimir Putin.

“Didn’t know that the money allocated from the Federal budget for these purposes (the creation and development of special economic zones), instead of investing them in real production and infrastructure, just deposited in accounts in banks spinning for the appropriate of profit, it is not clear where going, – he said at a meeting with activists of the Russian popular front. We certainly shall see”.

Putin called the work of creating such zones is very important. He noticed that sometimes there are proposals to opt out of such work. “But if you do it right, in a responsible and prudent attitude to public resources, then surely the result will be different,” – said the head of state. 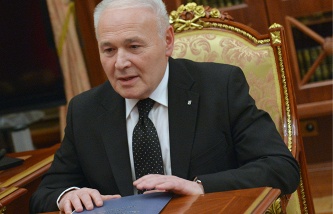 Activists of the Russian popular front (onf) propose to liquidate the company “Special economic zones”, and funds for the development of such areas be passed directly to the regions. This was stated on Friday, the Deputy head of the onf project “For fair procurement” Anastasia Matulenko at the meeting of the asset of the organization with Russian President Vladimir Putin.

According to Matulenko, powers and funds for the development of special economic zones should be “transferred to the region under the personal responsibility of the Governor”.

At the meeting with representatives of the Russian popular front told the President about a number of projects of JSC “Special economic zones”, which despite the activity regions that have little or not implemented. Activists of the popular front brought the President a number of examples of regions, investing its portion of the funding, did not wait for the establishment of special economic zones. Some of the projects the company refused to provide members of the public, citing their privacy. According to social activists, JSC “SEZ” actually stores its allocated funds on the Bank accounts, not putting them in real projects.

After hearing this, the President expressed his gratitude for deep and detailed analysis of the situation. “Will deal with it,” he said.

Earlier, the onf has repeatedly criticized the company, noting that it works inefficiently. Currently in Russia there are 17 special economic zones, noted in the motion.