Such cooperation should be implemented through bilateral channels and in contributions to international organizations, but only on a voluntary basis. Obligations on this issue to Russia to take not going, said the special representative of the Russian Federation on issues of climate Alexander Bedritsky. 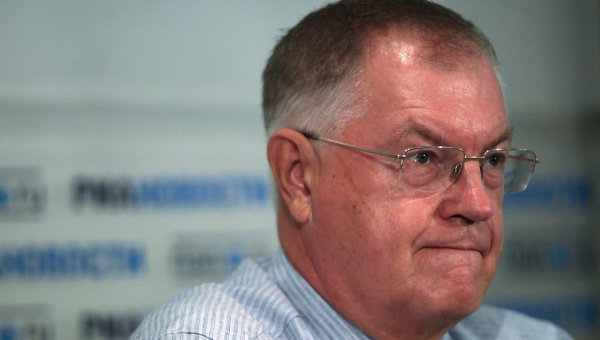 MOSCOW, Nov 27. Russia does not intend to assume obligations in terms of mobilization of funding for international climate programs for the Russian Federation unacceptable the imposition of domestic companies approaches used in carbon trading schemes, established by individual associations of the countries, said the special envoy of the Russian President on climate Alexander Bedritsky.

The text of the statement Bedritsky of the Russian position on major issues on the agenda of the upcoming Paris climate conference published Tuesday on the Kremlin website.

“Russia is ready to contribute to common efforts for mobilizing Finance with the climate targets and to assist developing countries and countries with economies in transition, including CIS countries, to strengthen their capacity in countering climate change, but only on a voluntary basis,” — said Bedritsky.

He noted that such assistance may be through bilateral channels and in the form of voluntary contributions to international organizations and financial mechanisms, including the Green climate Fund. “At the same time, as a country in transition, according to the United Nations framework Convention on climate change Russian Federation bears no legal obligations in regard to the mobilization of climate Finance, and does not intend to take any commitment at this stage on the basis of their socio-economic development and global political-economic conditions”, — said Bedritsky.

According to Bedritsky, Russia believes that in the new climate agreement countries need to determine the principles of functioning of market mechanisms. “Market mechanisms can only be supplementary and voluntary for application at the national level,” he said.

The Bedritsky added that Russia supports the use of market mechanisms stimulating the limitation and reduction of emissions to countries to fulfil commitments after 2020. “The prerogative of determining appropriate national measures in this area, including on the issue of participation in international mechanisms, remains a sovereign right of each state”, said Bedritsky.

“We do not accept the imposition of Russian companies approaches used in carbon trading schemes created by individual associations of the countries and forced our companies to participate in such schemes. We believe it is necessary based solely on international law, global approach to the problem of climate change and to refrain from adopting unilateral measures”, — said the representative of the President.