Such a move would be a proportionate response to the behavior of Turkey, bringing down the Russian bomber su-24M, according to the Chairman of the Federation Council Committee on budget Sergei Ryabukhin. 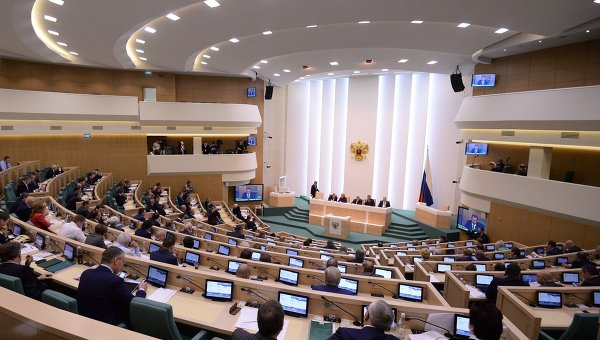 MOSCOW, Nov 27. Russia in the near future will break all trade and economic relations with Turkey, primarily on food, travel, to construction, there may be cessation of contact and in the gas market, said the Chairman of Committee of the Federation Council budget Sergei Ryabukhin.

Relations of Russia and Turkey are in crisis after Wednesday in Syria was wrecked Russian bomber su-24. The President of Russia Vladimir Putin announced that the plane was shot down by a rocket type “air-air” with a Turkish F-16s over Syrian territory and fell in Syria four kilometers from the border with Turkey. The Russian President called it a “stab in the back” by the accomplices of terrorists. The government of the Russian Federation is preparing a number of economic restrictions in response to the aggression of Turkey. The Russian foreign Minister Sergey Lavrov said earlier Friday that Russia is suspending the visa-free regime with Turkey from 1 January 2016.

“All trade and economic relations with Turkey, Russia will roll in the near future, primarily in three areas — food imports, tourist region, the construction market. Begs and the fourth direction — the gas market,” says Ryabukhin.

According to the Senator, such a move would be a proportionate response to the behavior of Turkey, and the possible damage to Russian business and national budget — is not important in this situation.

“There are things that are difficult to measure ruble or the dollar. Turkey has become a patron of global terrorism, and it’s a different category of relations, rather than trade and economic,” said Ryabukhin.

He noted that the Turkish authorities have still not apologized to Russia for the downed su-24.