MOSCOW, November 27. The Bank of Russia has included the Chinese yuan in the list of currencies used for investments in international reserves, but in the near future no plans to produce purchases of assets denominated in RMB. This was told by two sources familiar with the situation.

The Central Bank discloses information about currency structure of reserves with half a year delay. According to the third quarterly report of the Central Bank for the year 2015, on December 31, 2014 US dollar in the structure of Russian reserves stood at 44%, Euro – 42%, the pound sterling to 9.5%.

In minor fractions are present in the reserves of the canadian and Australian dollar, the Swiss franc and Japanese yen.
According to one source, the inclusion of the yuan was accepted in mid-November. Both sources said that operations on physical buying of yuan the Central Bank has not yet been made.

“The Central Bank include the yuan in the basket of reserve currencies,” said one of the sources. According to both sources, the share of the RMB in the Russian reserves in the foreseeable future will remain small and will be symbolic in nature.
The press service of the Central Bank in response to the inquiry stated that the structure of the reserves officially revealed with a lag of six months.

Chinese yuan trading on the Moscow exchange, where the Central Bank can theoretically buy the currency for reserves, began in late 2010. Since then, the trading volume of this currency has increased significantly. In August of this year, trading volume increased 4 times yoy to an all-time high and amounted to 18 billion yuan ($191 billion). Buy-side controller will increase the demand for Chinese currency.

Russian authorities said the turn to the East after the country was under sanctions by Western countries because of the events in Ukraine. The sanctions regime has deprived Russia of access to Western capital markets and technologies for developing remote gas fields.
Russia and China plan to sign an agreement that will allow the two countries to create the necessary infrastructure to buy assets denominated in national currencies.

The decision by the Russian Central Bank anticipates a possible decision of the International monetary Fund (IMF) on 30 November about the inclusion of the yuan in the SDR basket (Special Drawing Rights) is an international means of payment emitted by IMF.

The composition of the SDR basket consisting mainly of U.S. dollar, Euro, pound sterling and the yen, defines the currency structure of loans to countries requiring assistance Fund. 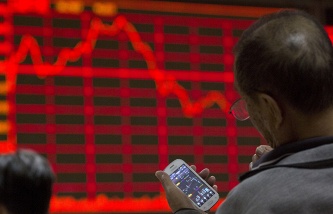 Mincomercio China: the purpose of the devaluation of the yuan was its liberalization

The IMF analysts considered that the share of the yuan in the SDR basket could be around 14-16%.

On 26 November, the Russian gold and currency reserves amounted to $364.5 billion of the Central Bank within 5-7 years plans to increase reserves to $500 billion.

On the way to the “free floating”

According to a source, several members of the Board of Directors of the regulator were against the inclusion of the yuan in the basket. First Deputy Central Bank Chairman Ksenia Yudaeva said earlier that the yuan cannot be used in the formation of international reserves due to its preserving status.

According to accepted international practice, the currency used for investment of reserves should be freely floating. The Renminbi currently is not a freely floating currency, however, according to the people’s Bank of China, moving towards “free circulation”.

In terms of free float, the controller enters the market with interventions, that is, purchases and sales of currencies aimed at maintaining a particular exchange rate.

The Russian Central Bank, which moved to a freely floating exchange rate at the end of last year, buying and selling currency on the market to smooth exchange rate fluctuations.