MOSCOW, November 27. /Corr. Nikita Zharkov/. The international monetary Fund (IMF) at the beginning of next week may include the Chinese yuan in the basket of reserve currencies (special drawing rights, Special Drawing Rights – SDR). The final decision on this issue should take the IMF Board of Directors during the meeting on 30 November. Earlier this month, the managing Director of the IMF Christine Lagarde and the unit Fund has declared that the yuan meets the criteria for inclusion in the basket of reserve currencies. In particular, such a currency must be widely export and be used on the major currency markets. 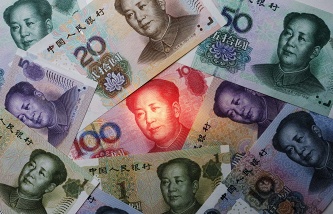 Now the yuan can become the fifth reserve currency in the SDR along with the US dollar (since 2010 its share in SDR 41,9%), Euro (37,4%), British pound sterling (11.3 per cent) and Japanese yen (9.4 per cent). The IMF analysts considered that the share of the yuan in the SDR basket could be around 14-16%. This change of the weights of components in the SDR, could be the highest since 1980, when the number of currencies in the basket was reduced from 16 to 5. The share of the currencies in the SDR basket are reviewed every 5 years. In addition to the transactions between the IMF and its members the SDR basket is used 14 official organizations, the so-called third-party holders of SDR. As part of the international reserves of the Central Bank of the Russian Federation SDR has a share of 2.2% (as of 1 November).

According to experts, a potential solution to the IMF for inclusion of the yuan in the SDR will not impact on the global financial market, because this event has already been accounted for by investors previously, on the basis of preliminary statements made by the representatives of the Fund. “This decision by the IMF to have a neutral effect on the global economy. It can change a little the demand for the yuan, but fundamentally the picture does not change, because it’s not news for the market, and the recognition of the already accomplished fact”, – says Director for analysis of financial markets and macroeconomics UK “Alfa-capital” Vladimir Bragin.

At the same time, the decision by the IMF will be only a first step towards the Renminbi to reserve currency status, as China, much remains to be done to ensure that the world’s Central banks would be able to use this currency in their reserves, says a senior strategist at Sberbank CIB Vladimir Pantyushin. According to him, in case of a positive decision of the IMF Board, the actual inclusion of the yuan in the basket will occur in September 2016. During this time, you need to gently prepare the market, to create the infrastructure of the basket of currencies, and China should improve the market liquidity of the yuan, he said.

“Ready tools in China today. Almost all investments that can be considered as the nearest alternative for investing foreign exchange reserves, are carried out through an offshore structure, i.e., it is not domestic yuan, and offshore. Central banks need an internal tool with all the characteristics: it must be market, it should be free access without restrictions on the movement of capital. That the Chinese would have to finish in the coming months,” said Pantyushin.

The Bank of Russia went on ahead

The Russian Central Bank had already included the Chinese yuan in the list of currencies used for investments of foreign exchange reserves, said two sources familiar with the situation. However, in the near future the Central Bank will not make transactions on purchase of assets denominated in RMB. Both sources said that operations on physical buying yuan Russian Central Bank has not yet been made. In addition, according to both sources, the share of yuan in reserves of the Russian Federation in the foreseeable future will remain small and will be symbolic in nature.

“Still in China remain an element of control over the movement of capital. With the inclusion of the yuan in the international reserves of Bank of Russia, its share is likely to be some symbolic – less than 0.5%, say. Just like some political message,” – says chief economist for Russia and CIS “Renaissance Capital” Oleg Kuzmin. 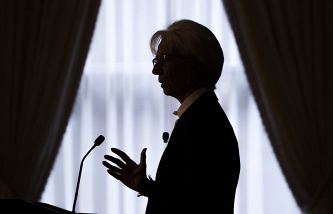 The Central Bank discloses information about currency structure of reserves with half a year delay. According to the third quarterly report of the Central Bank for 2015 on December 31, 2014 USD in Russian reserves stood at 44% Euro 42%, and the pound sterling is 9.5%. In minor fractions are present in the reserves of the canadian and Australian dollars, Swiss francs and Japanese yen. The volume of international reserves of the Russian Federation ($364,5 billion on November 20) is the seventh in the world after China, Japan, Saudi Arabia, Switzerland, Taiwan, and Korea. The Central Bank invests the reserves in government bonds of countries that issue reserve currencies.

“With the 2008 crisis, the Central Bank is gradually added a new geography to the standard set: this includes the canadian dollar, and Australian dollar. In General, the Central Bank deliberately diversified our portfolio, so the yuan is added there is quite naturally”, – says Vladimir Pantyushin from Sberbank CIB.

The Central Bank can theoretically buy the currency for reserves on the Moscow stock exchange, where trading of the yuan began in late 2010. Since then, the trading volume of this currency has increased significantly. In August of this year the yuan trading volume jumped 4 times yoy to an all-time high and amounted to 18 billion yuan (191 billion rubles).

“Now the Central Bank is not able to invest in Renminbi assets. Actually, from the point of view of the Central Bank more importantly, the yuan will become another tool for diversification. The inclusion of the yuan in the international reserves will strengthen the political pivot to the East”, – said Pantyushin.

Russian authorities said the turn to the East after the country was under sanctions by Western countries because of the events in Ukraine. The sanctions regime has deprived Russia of access to Western capital markets and technologies for developing remote gas fields.

Russia and China plan to sign an agreement that will allow the two countries to create the necessary infrastructure to buy assets denominated in national currencies.