In the case of repeated violations related to illegal trafficking and consumption of drugs by visitors to entertainment venues, you need a legal entity to liquidate, said Deputy head of the faction “Fair Russia” Oleg Nilov. 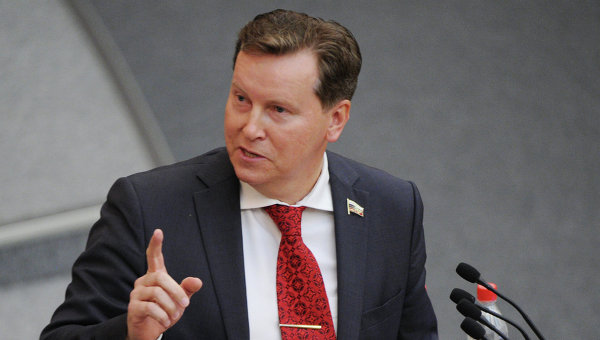 MOSCOW, Nov 27. Deputy head of the faction “Fair Russia” Oleg Nilov again submitted to the state Duma a bill that establishes increased liability of the owners of clubs and bars for trafficking and consumption of drugs by visitors. The document is available.

A similar bill was rejected by the state Duma at plenary session on 10 April, the deputies refused to adopt it on first reading. The submitted document is legally finalized. Amendments to the law on narcotic drugs and psychotropic substances, as well as in the administrative code.

So Nilov proposes in the case of repeated (three and more times) of detection of such offences related to illicit trafficking and drug use by visitors of entertainment venues, the entity to liquidate.

The document also provides for the imposition of an administrative fine. In particular, the omission of legal entities or individual entrepreneurs, owning clubs, bars and other service providers for leisure, to prevent the illegal distribution and consumption of narcotic drugs and psychotropic substances, the document introduces a fine for officials from 30 thousand to 50 thousand rubles. For legal entities provides for administrative suspension of activity for up to 90 days.

In drafting the law, Nilov relied on foreign experience. Thus, in France in respect of legal persons, conducting activity in the sphere of trade and rendering of services which have not accepted measures on prevention and suppression of illicit trafficking and consumption of narcotic drugs and psychotropic substances in their premises, the prefect may issue an administrative order for temporary closure for up to three months, and the Minister of internal Affairs — up to one year. Also the French penal code does not preclude the application of criminal liability against legal persons. the Most severe punishment (depending on the degree of public danger of a crime) is the liquidation of the legal entity, recognized by the court guilty.

As noted in the explanatory note to the document, adoption of the law will enhance the effectiveness of combating illicit trafficking in narcotic drugs and psychotropic substances.