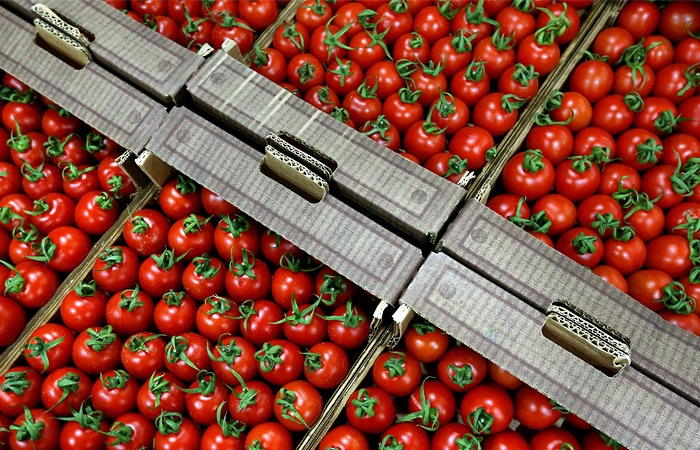 Moscow. November 27. Turkish tomatoes in the Moscow hypermarkets can be replaced by a Moroccan, a sharp rise in prices is not expected, reported the correspondent employees of large supermarkets.

“There will be no problem. Any guidance on other sources of procurement were reported. You see, we have a full showcase!”, said the seller of hypermarket “Auchan” and pointed at the boxes laid out 25 kinds of tomatoes, two varieties which were brought from Turkey, made two in Russia and one came from Azerbaijan. The rest 20 varieties have been labeled as imports from Morocco.

“We had a jump in food prices of about one and a half months ago, but now they (prices) have plummeted. About the instruction not to raise prices heard nothing,” said a store employee.

In turn, the employee of trading network “Crossroads”, standing at the window, filled with Azeri and Russian tomatoes, stated: “Turkish tomatoes. Today will bring and to carry won’t.”

The seller network of shops “Dixie” noted that prices are always a little rise before the New Year, but no indication of increase or decrease of the price tags were reported.

“Now we have to store only the Stavropol tomatoes. We put that bring, and will continue the supply of Turkish products is now unknown,” he said.

In turn, showcases and shelves of the hypermarket “Tape” is filled with fruits and vegetables from around the world, but not from Turkey. The price tags are traditionally supplied out of lemons and tangerines was no designation of country of origin.

The question, where did they arrived, a store employee replied, “From Turkey, of course.” “Already brought, will be sold, and will continue to buy in other countries. Here are tomatoes from Morocco, Iran and now even our Stavropol farmers increase production,” he said.

He also said that prices will rise: “higher prices, of course, will be, where is there go anywhere. But I don’t think strong means the loss of customers and unprofitable. Here we try to keep prices at a minimum, on level with other networks. How they grow up, it’s up to the owners”.

The answer is to strike at the bomber

Foreign trade relations of Russia and Turkey was under threat because of the incident with su-24 bomber, shot down Turkish air force. In this case, after the introduction of Russia in August last year embargo on food imports from several Western countries, including the United States and the European Union, Turkish companies were among the alternative suppliers, at the expense of Russian retail, able to substitute prohibited imports. 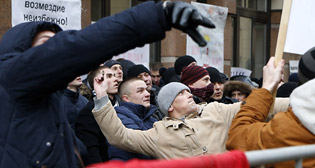 On Thursday, Prime Minister Dmitry Medvedev instructed relevant departments to prepare proposals on restrictive measures against Turkey. Proposals should be made in a two-day period, the period of limitation will depend on the international situation and security issues.

The Rosselkhoznadzor has already started a total inspection of all agricultural products coming from this country. In addition, the veterinary service since December 1, imposed a ban on imports of poultry meat from one of the companies in Turkey due to detection in products of Listeria monocytogenes (rod-shaped bacteria).

The Minister of agriculture of the Russian Federation Alexander Tkachev did not rule out the possibility of a ban on the import, first of all, vegetables and fruits. Turkey is one of the largest suppliers of these products in Russia. Thus, the imports of tomatoes is more than 360 thousand tons of citrus – 250 thousand tons. The share of Turkish vegetables account for 20% of the volume of imports in the Russian Federation. Turkish citrus fruits occupy a quarter of imports.