SIMFEROPOL, November 28. /Corr. Elena Bogdanovich/. The head of the Crimea Sergey Aksenov temporarily suspended from the post of Deputy Minister of fuel and energy of the Republic Evgeny Demin. 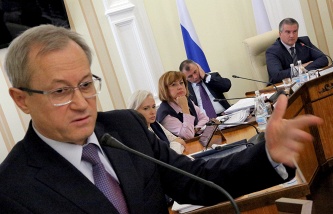 The corresponding decree published on the website of the head of the region.

“Temporarily, for the duration of the audit, to remove Eugene A. Demina from his position of Deputy Minister of fuel and energy of the Republic of Crimea”, – stated in the document.

What kind of verification is referred to in the decree, is still unknown.

The work of the officials will assess law enforcement agencies

Previously Aksenov said that the work of officials in the state of emergency will give the law enforcement agencies. 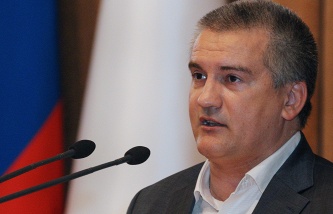 The basis for the suspension was the letter of the head of the Ministry Svetlana Borodulina, who headed the Ministry after the dismissal of Sergey Egorov. He, according to Aksyonov summed up the authorities and all the inhabitants of the Crimea a poor performance in emergency mode (emergency).