SIMFEROPOL, November 28. /Corr. Elena Bogdanovich/. The Crimean authorities are checking the information that the Crimean truckers cannot leave Turkey due to the cancellation of ferry service on the line Zonguldak – Sevastopol. This was reported on Saturday to the correspondent of TASS Deputy Prime Minister of the Republic Ruslan Balbec, in charge of international relations. 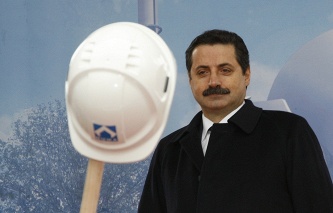 The Turkish Ministry of agriculture: crisis in relations with Russia should not affect the economic sphere

“Crimean authorities are checking appeared in the media information, and if it is confirmed, we are ready to use all their channels and opportunities to support the Crimeans. In case of need ready to apply to the Federal center,” he said.

Previously reported Kryminform with reference to the owner of the truck Ivan Kuzimu that truckers from the Crimea cannot leave Turkey due to the cancellation of ferry service and an unofficial ban on the skip of the Russian freight transport across the border.

“In Turkey at the port of Zonguldak are Crimean cars with drivers, and can’t go home. One ferry went to the Crimea and he stopped. As now get, them no one can tell, – said the carrier. – In Turkey, about 30 Crimean machines, we keep in touch. Turkish ferries refused to carry the machine with Russian numbers”.

On 25 November the head of the Crimea Sergey Aksenov announced the termination of ferry service with Turkey in connection with “a treacherous blow to the Russian aircraft”.