Rate, according to the document, saved in 2016 at the level of 42%. The law is aimed at implementing measures to increase budget revenues due to lower oil prices. 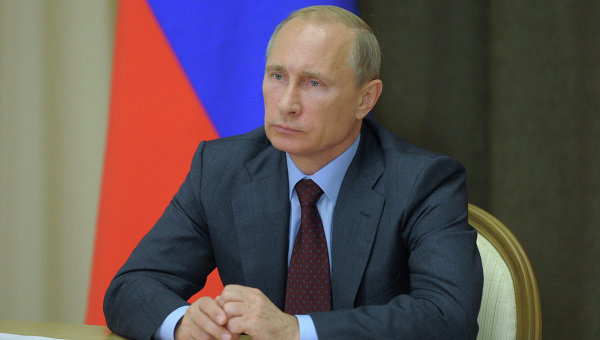 MOSCOW, 29 Nov. The President of Russia Vladimir Putin signed the law on amendments to the law “On customs tariff”, which preserve the rate of export duty on oil for 2016 at the 2015 level, at a rate of 42%.

The document was signed on 28 November and will enter into force 30 days from the date of its publication. The state Duma approved the law on 20 November, the Federation Council — 25 November.

According to the draft law on the Federal budget for 2016, at the expense of preservation of rates of export duties on oil at 2015 (42%) compared to the previously anticipated reduction to 36% under the “tax maneuver” the budget will receive an additional 195,426 billion rubles, or 199,414 billion rubles without taking into account the reduction in income tax on profits payable to the Federal budget, the growing tax burden on the oil and gas sector.

The law is aimed at implementing measures to increase revenues of the budget system of the country in 2016 due to lower oil prices. The document saves in 2016, the procedure for calculating the rates of export customs duties on oil at an oil price above 182,5 USD per ton, current now. From 1 January 2017 the export duty should be reduced to 30%.

Amendments to the law “On customs tariff” also provide for exemption from customs duties of goods produced in the development of the Kirinskoye field of “Gazprom” on Sakhalin shelf until 2021.