The decree will promote development of internal tourism, said Vice-speaker of the Federation Council. According to her, it makes sense to analyze the program of development of inbound and domestic tourism in 2011-2018 taking into account the current situation. 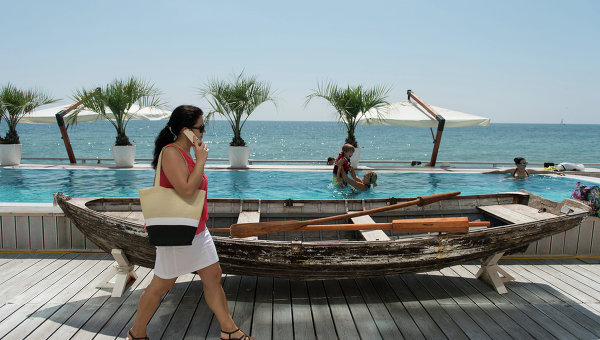 MOSCOW, 29 Nov. The presidential decree on special economic measures against Turkey will not only serve the development of domestic tourism in Russia, but also will give an additional multiplier effect for the economy, says the Vice-speaker of the Federation Council Galina Karelova.

“The measures should help to strengthen the development of the tourism industry towards domestic tourism. We have a great tourism potential,” she said.

Previously about the presidential decree on measures to ensure national safety and on special economic measures against Turkey reported in a press-service of the Kremlin. In particular, the President ordered to impose a ban on Charter air services between countries have banned employers from 1 January 2016 to hire workers from among the citizens of Turkey, decided to prohibit or limit activities under the jurisdiction of the Turkish organizations in Russia and ordered to prohibit or restrict the importation of certain Turkish products.

The Senator recalled that a program of development of inbound and domestic tourism in 2011-2018, it allocated some funds. Possible, says Karelova, it makes sense to examine its content and implementation from the point of view of today, and make some adjustments by creating additional incentives for investors and strengthening the state advertising support inbound and domestic tourism.

“The focus on inbound and domestic tourism, its development will give a big multiplier effect — new jobs, increased employment, infrastructure development in remote settlements and so on”, — said Vice-speaker of the Federation Council.

Karelova also noted that there is no reason to assume that on the Russian market in connection with economic sanctions against Turkey formed a gap. “There are other countries who are willing to work with us, there are domestic manufacturers. And they have the opportunity to take more market share if they can better themselves, improving the quality and competitiveness of their products,” she said.

Under these conditions, the process of import substitution, which dictates today’s economic situation, will go much faster, said Karelova.