The draft document on sanctions against Russia in the European Union have not yet been prepared, said sources close to the EU leadership. According to them, EU leaders at the summit on 17-18 December, will consider final action on this issue. 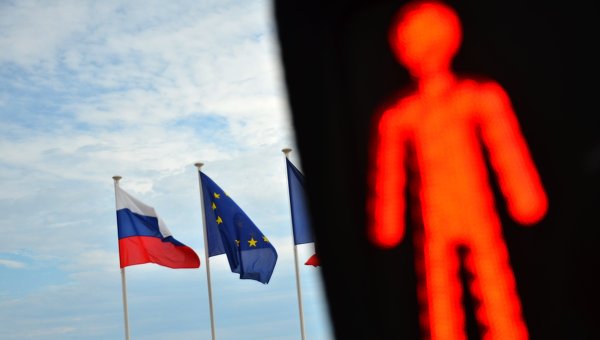 BRUSSELS, 29 Nov. Maria Knyazeva. The Council of permanent representatives of EU countries at the Union (Coreper) in the next two weeks will begin to prepare proposals for the heads of EU member States on prolongation of anti-Russian economic sanctions; the leaders at the summit in December can make a political decision to renew these measures, supposedly for six months, said two sources close to the leadership of the EU.

“This (extension of sanctions — ed.) will be discussed at the Coreper level,” said a source in one of the delegations of the EU countries.

According to another source, Coreper will begin work next week on a draft final communiqué of the December summit, where, most likely, will be prescribed and the decision on sanctions. While next week is expected to work on “directions” to the summit.

“This is not the text (of the draft decisions of the summit — ed.), it is a bit of information about how text would look, what questions will be referred to in it,” said the source. Another week will be “the first draft of the conclusions” of the summit, he said. Then the leaders at the summit can make a political decision on prolongation of sanctions and to instruct the services of the EU to complete the legal work on this issue. Then will be created the necessary legal text to extend the restrictive measures.

“The summit will discuss the political decision. As soon as the leaders come to a political solution, work will begin on preparation (legal prolongation of sanctions — ed.) to Prepare text for the extension is very simple — you only need to change the date,” said another source close to the leadership of the EU.

Both sources said the most likely extension of the sanctions for six months, so as usual it is at this period extended the EU restrictive measures. “We think, Yes (the extension will be for six months — ed), but it is not yet defined. Leaders can decide (to extend measures — ed.) and at four months and eight months. But it is usually considered six months,” he said.

The final EU decision to extend economic sanctions should wait until 31 January 2016 when expires period of validity of restrictive measures, said the source.