MOSCOW, November 28. State Duma deputies approve of the strengthening of control on the border with Turkey for the import of agricultural products. This is stated in the message of state Duma Committee on agrarian issues.

“This is a timely and right decision,” said Committee Chairman Nikolai Pankov. 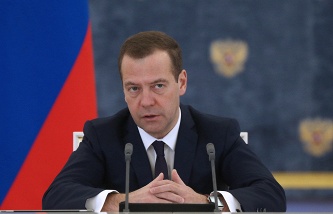 “Often from Turkey on our shelves fell genetically modified tomatoes, peaches and other vegetables and fruits that could be stored for months, allergic and harmful to health”, – noted Pankov. In his opinion, the delivery of fruits and vegetables it is possible to suspend and replace with domestic tomatoes, cucumbers, lettuces from the greenhouse.

“Products should not cost so expensive because of customs duties, and oranges for the New year we can buy in South Africa, and Morocco, and in Abkhazia” – said the head of the Committee.

“I think that the reduction in exports will hurt the Turkish budget, and our farmers, in turn, will give the opportunity to put on the shelves of their high-quality and eco-friendly products” – summed up the punks.

As previously reported, at the government meeting on 26 November, Prime Minister Dmitry Medvedev said that Russia will impose restrictions against Turkey and will freeze a number of joint projects in response to the attack on the Russian plane su-24M.