The Greek government in mid-December should submit the bill on the reform of the social insurance funds. Against changes are the largest unions in the country have already been protests against the austerity measures. 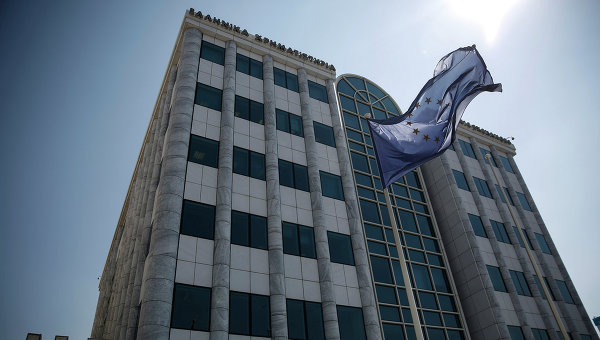 ATHENS, 29 Nov. Gennady Melnik. Leaders belonging to the ruling coalition in Greece, parties promised to prevent further “painful” reduction of pensions on the demand of international creditors. Statements by the Prime Minister, the leader of the Coalition of the radical left SYRIZA Alexis Tsipras and Minister of national defence, leader of the party “Independent Greeks” (ANEL) Panos Kammenos made after the Council of political leaders, which was held with the President of Greece.

The meeting lasted more than six hours, the main themes were the problem of refugees and migrants, the funds of social insurance, the constitutional reform. The most problematic is the question of the social insurance funds, which are experiencing huge financial difficulties. The opposition conservative party New democracy (ND) and centre-left PASOK opposed the changes in the social insurance funds, although the measure is among the main demands of international lenders to continue lending to the Greek economy.

The Prime Minister criticized the opposition. “Such a position not undermine the government, it undermines the international status of the country,” Tsipras said, Recalling the obligations of Greece under the memoranda with creditors.

“With regard to pensions, PASOK and ND since 2010 until today, voted, and implemented 11 different cuts of pensions. Today they are in the course of the dialogue refuse to submit proposals to create a sustainable pension system. I asked them at least to maintain a joint national policy on insurance reform, which will ensure the sustainability of the pension system without any further reductions in pensions. They refused,” he said.

He assured that the further reduction of pensions will not. “The government will submit its proposal within the framework of the commitments made by us and for which we voted together with the opposition in August to make the insurance system viable, without new painful cuts in pensions,” said Tsipras. For its part, Kammenos also told reporters that the reform of the social insurance funds will take place without cutting pensions.

In accordance with the schedule of reforms, the government in mid-December should submit to the Parliament a bill on the reform of the social insurance funds. Against changes are the largest Greek trade unions, the country has already held a series of protests against austerity measures. According to observers, the project will take place, as the government has promised to deputies that immediately after the vote, will begin negotiations with international creditors on the reduction of the national debt of Greece.