The bill proposes to maintain the deflator coefficient used to calculate imputed income for small and medium business, at the level of 2015, in the amount of 1,798. 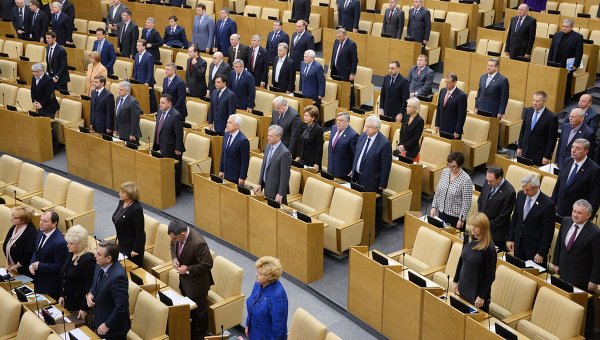 MOSCOW, 28 Nov. The state Duma Committee on budget and taxes recommended that the lower house of Parliament to approve in the first reading the bill on establishment in 2016 of the coefficient-deflator to calculate the tax base for the unified tax on imputed income of $ 1,798, i.e. at the level of 2015.

At the plenary meeting, the document will be submitted on December 1.

The decision not to change in 2016, the deflator coefficient used to calculate imputed income for small and medium business will allow to maintain the current level of tax for the next year.

Zero rate VAT, which is valid until the end of the current year in the domestic air transportation of passengers and baggage in the Crimea or from the Crimea, it is proposed to extend to 2016. This will prevent the deterioration of the financial situation of air carriers, as well as increasing the cost of the air fares in the specified region of the Russian Federation, had previously said the author of legislative initiative, the head of the budget Committee Andrey Makarov.

The bill also extends for two years (until December 31, 2017) action rules, which provides for the application of the fixed exchange rate of the Bank of Russia as of 1 July 2014 for the calculation of the maximum amount of interest on controlled indebtedness to be included in the expenses for tax incurred before October 1, 2014. Makarov said that the issue has received comments from the expert Department of the President of the Russian Federation, which, first of all, “sees no need to extend specified privileges for two years.”

“We quite agree, so we offer a second reading to consider this issue. Although, to be honest, I’m not sure this year, fundamentally the situation will change”, — added the head of the budget Committee. Secondly, expert management suggest fixing date is not 1 October and 31 December 2014. “But from my point of view, to be honest, then it would make no sense,” said the MP, however, agreed to discuss this issue in the preparation of the bill for the second reading.