In the list of prohibited import products can also include fruits, vegetables, including edible roots and tubers, berries and herbs, seafood. 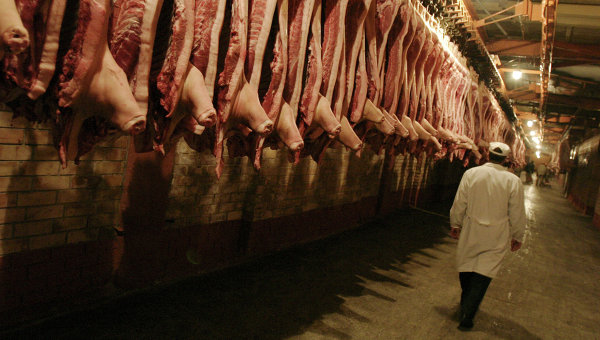 MOSCOW, 30 Nov. The Russian government may ban exports from Turkey chilled and frozen meat of bovine animals, meat and offal of poultry, dairy products, vegetables and fruits, and also seafood, wrote on Monday the newspaper “Izvestia”.

Also in the list of prohibited to import products may include meat, salted in brine, dried or smoked meat, milk and dairy products, including yoghurt and cheese, and lactose-free products, whole fish (including seafood — shellfish and crustaceans), nuts, and fruits, vegetables, including edible roots and tubers, berries and greens, reports the edition with reference to the list of products provided by a source close to the Ministry of agriculture of the Russian Federation.

Full government list of economic measures against Turkey will be published by 1 December.

Earlier, the President of the Russian Federation Vladimir Putin has charged to introduce a ban on Charter air services between countries have banned employers from 1 January 2016 to hire workers from among the citizens of Turkey, decided to prohibit or limit activities under the jurisdiction of the Turkish organizations in Russia and ordered to prohibit or restrict the importation of certain Turkish products.

Russia’s relations with Turkey deteriorated after the incident with Russian military aircraft. Russian front-line bomber su-24 crashed in Syria. The Russian President announced that the plane was shot down by a missile “air-air” with a Turkish F-16 fighter over Syrian territory and fell in Syria four kilometers from the border with Turkey. The Russian President called it a “stab in the back” by the accomplices of terrorists.